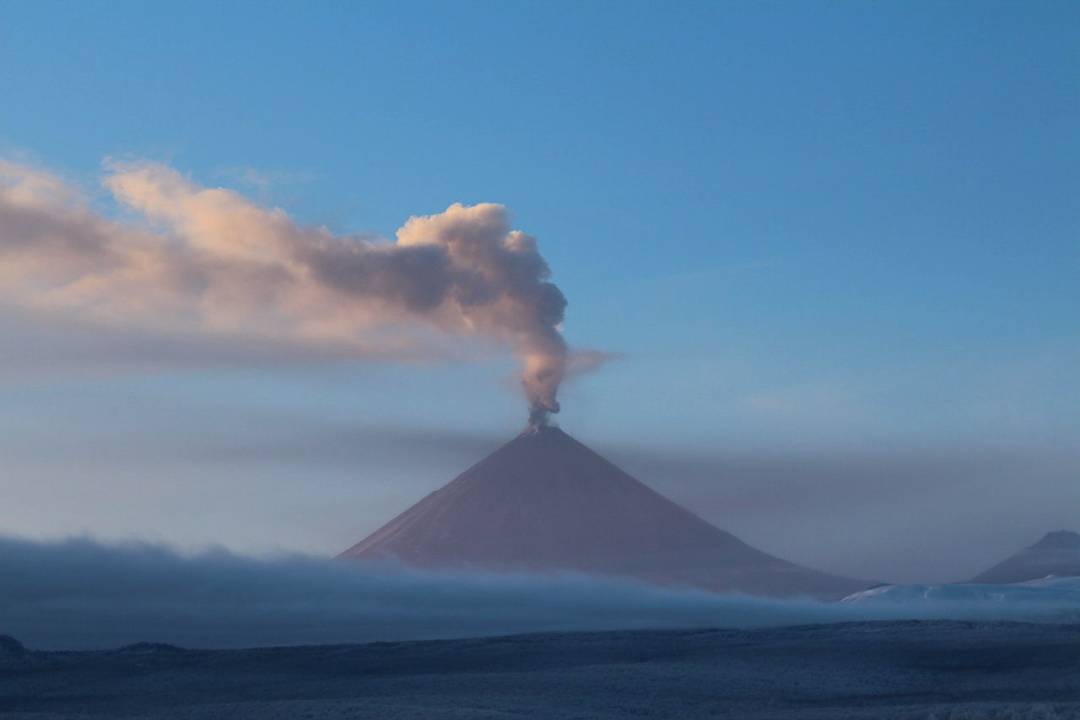 The highest active volcano in Eurasia – Klyuchevskaya in Kamchatka threw a six-kilometer column of ash. The eruption started at 09:45 local time (00:45 GMT) and is still ongoing, said Monday in the Kamchatka branch of Geophysical service RAS.

The ash emission occurred at a height of six kilometres above sea level. The plume the wind will carry to the East. Its extent is not yet known, as the release continues.

The volcano is now open from cloud cover, so the event can be observed in real time on the website of the Institute of Volcanology and seismology Feb RAS. Klyuchevskoy volcano (4750 m) on the Kamchatka Peninsula erupts from April 2016.

During this time, on its South-Eastern slope formed the breakthrough side, whence poured out hot lava. Klyuchevskoy is located in the Ust-Kamchatsky district. The nearest settlement, the village of Keys, located 30 km from the foot.