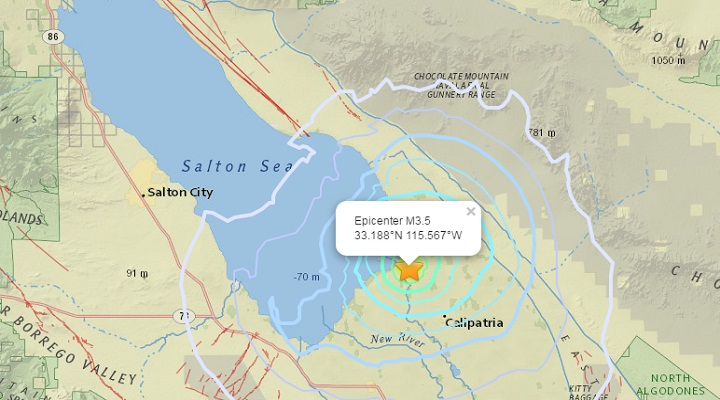 40 earthquakes were registered in the area of the California lake, the Salton sea during the day on 31 October and 1 November. The seismic events were the second series of which rocked the region over the past 2 months. But if at the end of September, the tremors occurred mainly at the bottom of the pond, for the last day of their epicenters are concentrated on the coast, near the volcanic complex of the Salton sea-Batts.

A series of earthquakes began around 2:30 a.m. Pacific time on Monday 31 October. The largest quake of 3.5 magnitude recorded in 7 km from the town of Niland. The magnitude of the other events ranged from 1.2 to 3.4. The epicenters were located at shallow depths from 1.8 to 4.5 km. 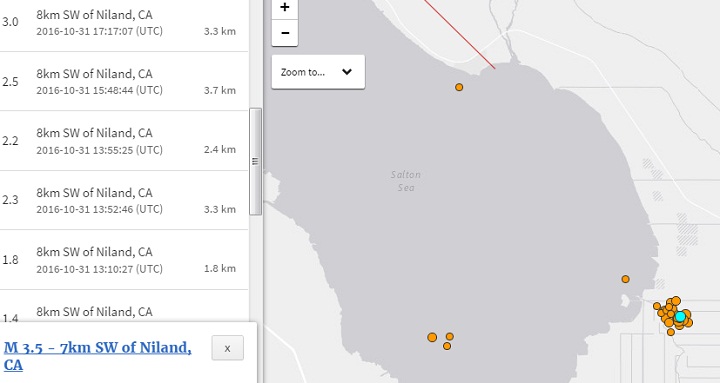 Recall that in late September for a few days on the lake, the Salton sea has seen more than 260 earthquakes that forced the Geological service of the USA to increase the probability of a major quake on the fault line of San Andreas. Then seismic events have been tectonic in nature. What was the cause of seismicity in the past day, is not specified.