Landing aircraft with a hurricane wind in Australia 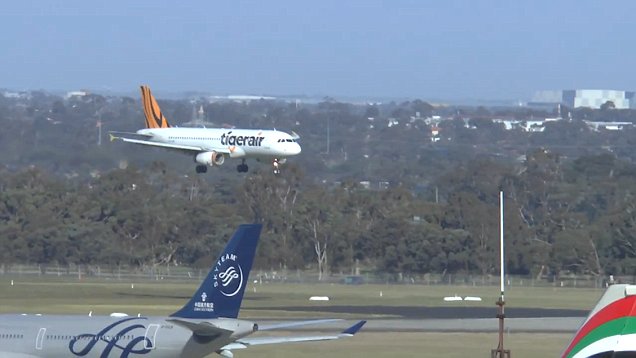 Passenger aircraft make a landing at the Australian airport of Melbourne at a wind of 100 kilometers per hour.

The record shows how the gusts of the wind swing the descending aircraft, among which were the air liners of airlines from Singapore, Australia and China. As Yahoo7 News notes, all the planes have successfully landed, none of the passengers were injured.

Due to the weather conditions, a number of flights at the Melbourne airport were delayed. In addition, about 800 homes as a result of strong winds were left without electricity, many trees were torn up by the roots.