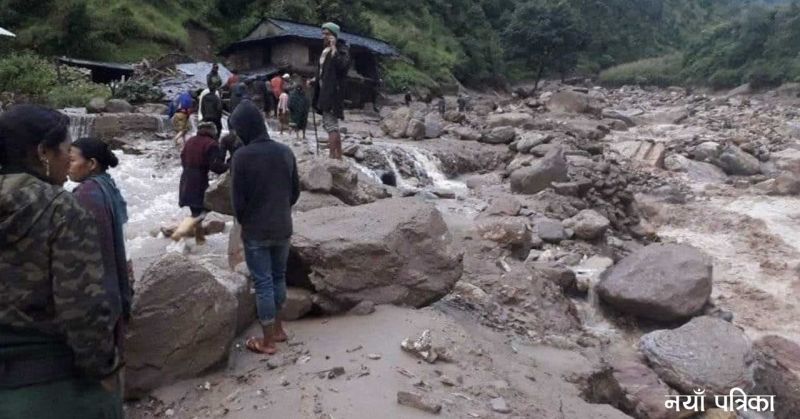 A landslide and flooding caused by heavy rains in the Baglung district of Nepal on Wednesday killed at least 14 people and went missing 41 others, according to The Kathmandu Post.

The Bhuji River, blocked by a landslide, flooded nearby communities in Dhorpatan municipality. People ran out into the street in panic and were forced to spend the night in the open air in the pouring rain. Three people were injured as a result of the natural disaster and are currently being treated. The bodies of 14 people were found at the site of the landslide and on the banks of the Bhuji River by Thursday evening.

A preliminary report notes that the overflowing river has demolished at least 40 houses downstream. The flood waters also washed away large areas of arable land in the municipality.

There has also been tremendous damage to various road sections, hydropower facilities, medical centers and drinking water sources in the area.

Locals say a large number of casualties have been avoided, as most of the houses along the Bhuji River were deserted during the disaster. Many villagers went to the mountainous regions with their livestock when the monsoons hit. The search for the missing continues. 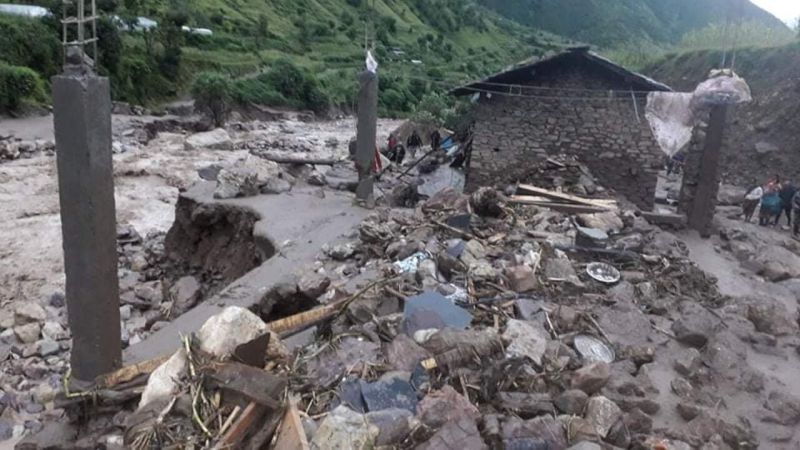 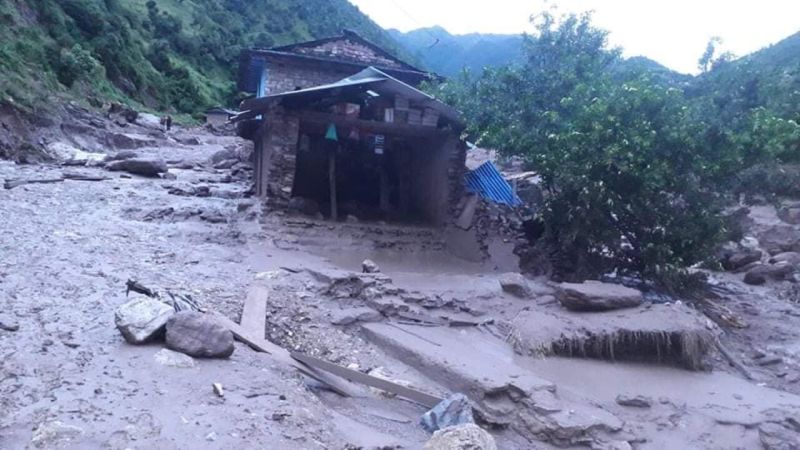 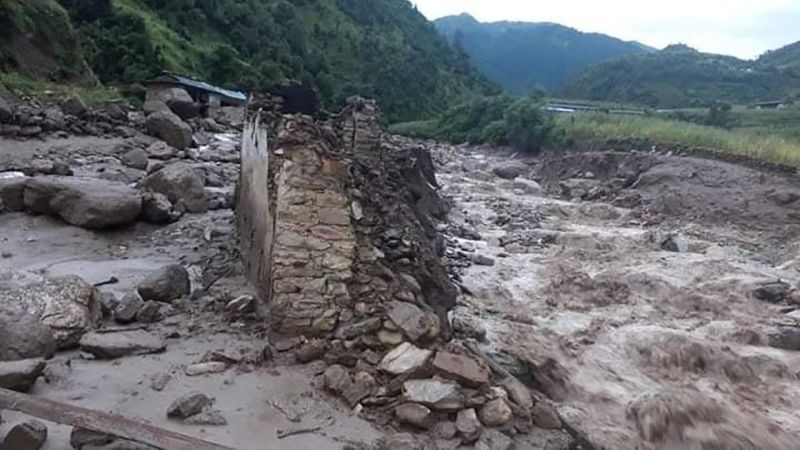 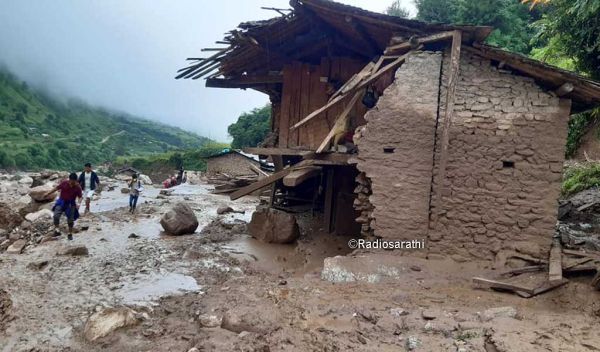