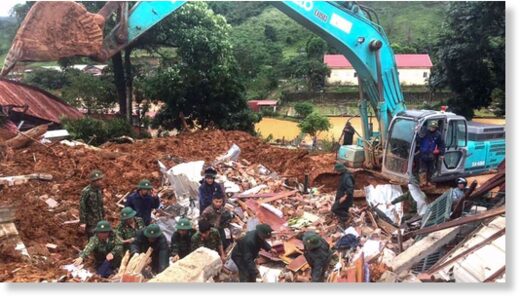 A landslide early Sunday morning killed at least 14 troops and went missing in central Vietnam, the government said it could be the country’s biggest war loss in peacetime as the country is struggling with flooding.

The landslide hit the barracks of a unit of the 4th Military District of Vietnam in the central province of Quang Tri, the government said in a statement. It came just days after another landslide killed 13 people, mostly soldiers, in the neighboring province of Tua Thien Hue.