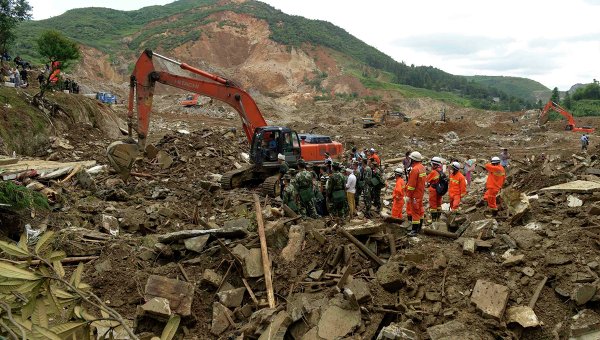 At least one person was killed in a landslide in Guizhou province in southwest China, 29 people were under the rubble.

Rescuers managed to extract a living eight people, all of them sent to hospital. We are searching for 20 more people.

The incident occurred at 5.30 local time (00.30 GMT). The cause of the landslide became torrential rains.

On Wednesday, five people were killed and two were missing as a result of the flooding of a coal mine in Guizhou province in southwest China.