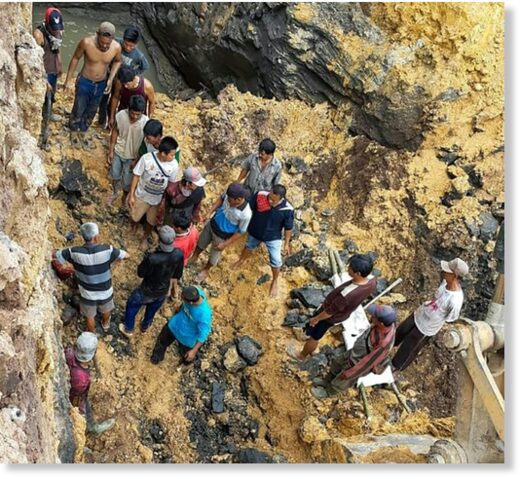 According to the National Agency for Disaster Mitigation, the site of the landslide was a tunnel about 20 meters deep in the village of Tanjung Lalang in the Muara Enim area.