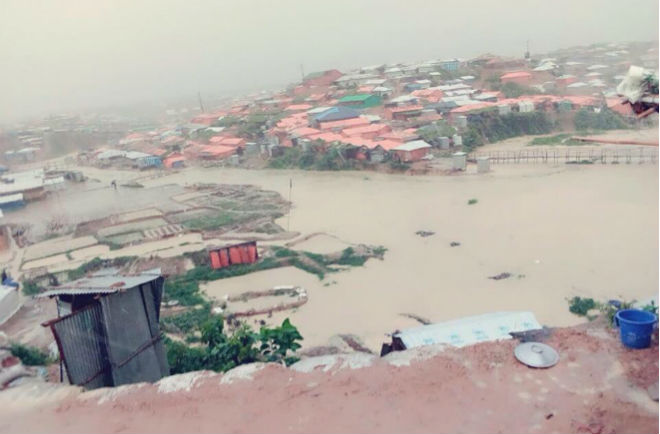 From the stormy weather, accompanied by thunderstorms, heavy rains and a powerful wind, the refugee camps of Rohinj in the Cox Bazar district in Bangladesh were affected. As a result of the descent of landslides caused by heavy rainfall, 12 people died in the last two days. 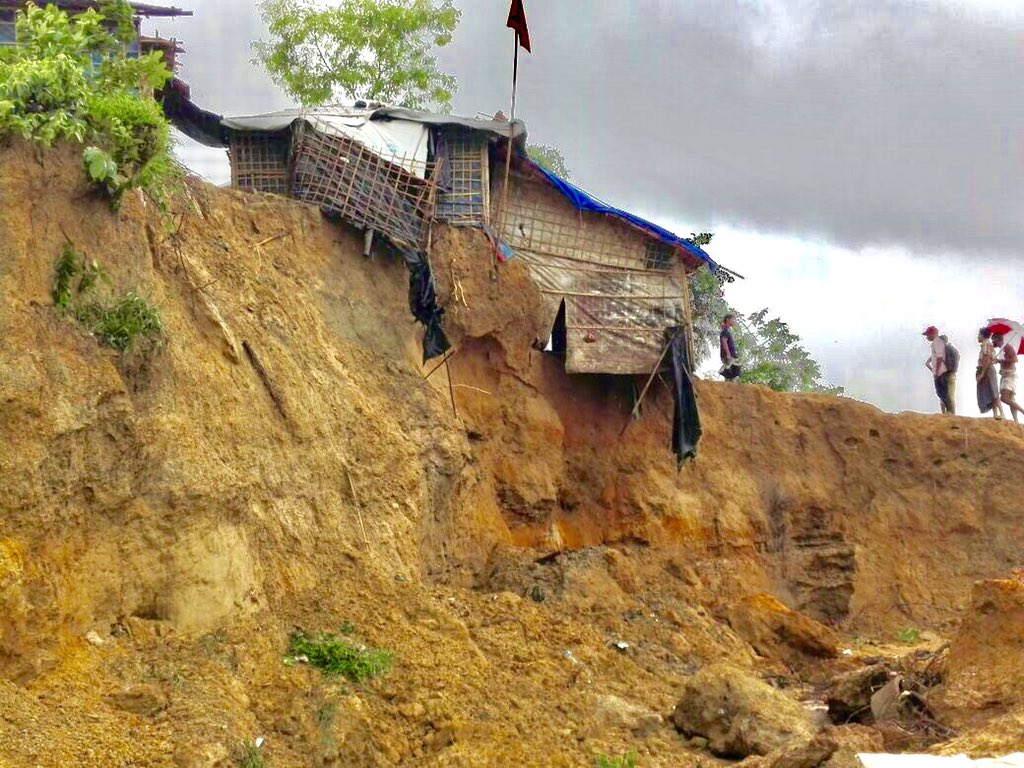 Heavy rains hit the weekend, June 9-10. In the district of Cox-Bazaar, within 48 hours before June 12, more than 300 mm of precipitation collapsed.

UN officials in Bangladesh said that thousands of refugees living in bamboo and tarpaulin shelters in mountainous areas, are at serious risk because of the threat of landslides, due to which it is necessary to evacuate immediately.

Local meteorologists have announced a storm warning due to downpours in the areas of Barisal, Chittagong and Sylhet.

The European Union Humanitarian Affairs Project (ECHO) notes that “local authorities work with international humanitarian organizations around the clock to provide assistance to the victims.” First of all, the Commissioner for Refugees and Repatriation appealed to all participants with an appeal to draw up a plan for the evacuation of refugees.