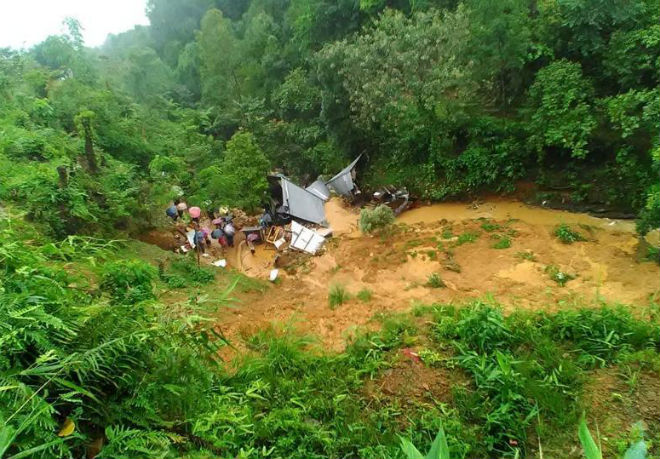 As a result of the landslide in the state of Manipur in northeast India on Wednesday, nine people were killed.

The landslide was preceded by heavy rains. The tragedy occurred in three districts of Tamenglong County. Under a layer of mud buried houses. Out of the rubble, the bodies of seven victims were extracted, and two dead children are being searched.
In search of those caught under the rubble, policemen are involved, local residents hurried to help them.