Large forest fire breaks out in the South Urals, Russia 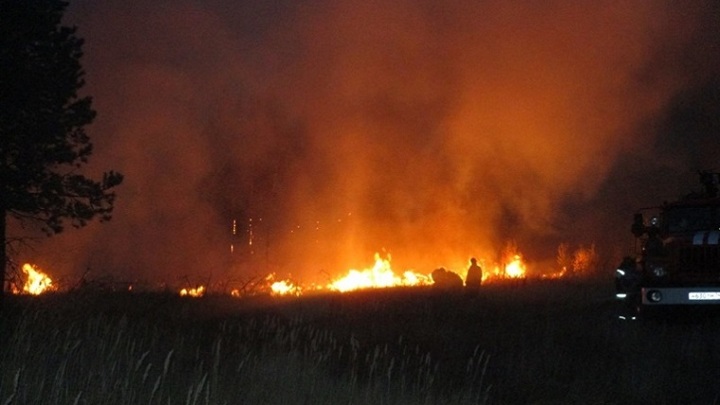 Despite the fall cold snap, natural fires continue to rage in the Chelyabinsk region. A major fire happened in one of the municipalities.

The flame broke out in the forest in the Bredinsky district the day before, on October 19. Due to dry and windy weather, it began to spread rapidly and covered a large area. The firefighters who arrived at the scene fought the fire all night and continue to do so to this day. By 9:00 today, October 20, it covered an area of ​​980 hectares.

As specified in the Ministry of Emergency Situations in the region, it is not covered with forest, and the fire is grassroots. There are separate foci of combustion on 25 hectares, plowing was done along the entire perimeter. At the same time, despite the seriousness of the situation, fire does not pose a threat to populated areas. The nearest of them, the village of Karakulka, is located five kilometers away. He is a fan and is under the cover of the Snezhny volunteer fire brigade. In addition, firefighters on the spot are expecting reinforcements in the near future.

Also, a special laboratory has moved into place, which will help find out the reason that provoked the fire. According to the preliminary version, everything happened because of the careless handling of fire. Two alleged perpetrators were found, who are now giving explanations for the gadfly incident.