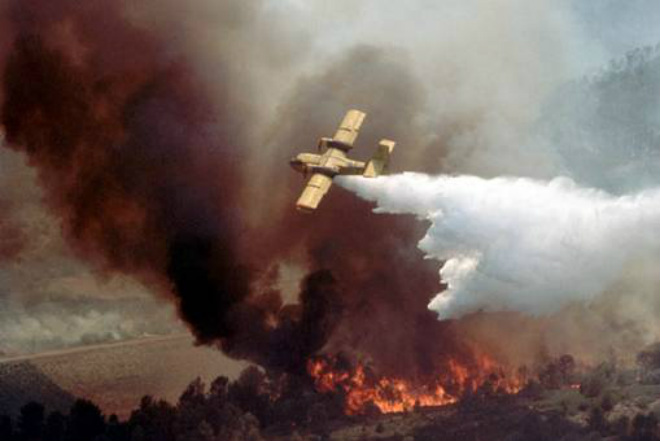 Strong natural fires raging in Sicily because of the high temperatures and powerful winds of the Sirocco.

A large fire was observed last night in the province of Palermo, especially in Collesano. Teams of firefighters began to evacuate under the threat of destruction of houses. The fire and smoke of the fire made some roads impassable. Fire swept areas of gratteri inside, Terrasini and Entellina. Because of the threat of fire closed the Zingaro nature reserve in the heart of Trapani.

The strong southern wind, blowing with the night in Palermo, blocked since dawn today, fire aircraft. “Unfortunately, the wind not permitting us to continue launches of aerial fire fighting equipment, so at the moment we were forced to cease operations,” — said the commander of the fire brigade Palermo Giampiero Boccino. The most serious fires broke out in Collesano, in the Park of the Madonie, gratteri, Terrasini.