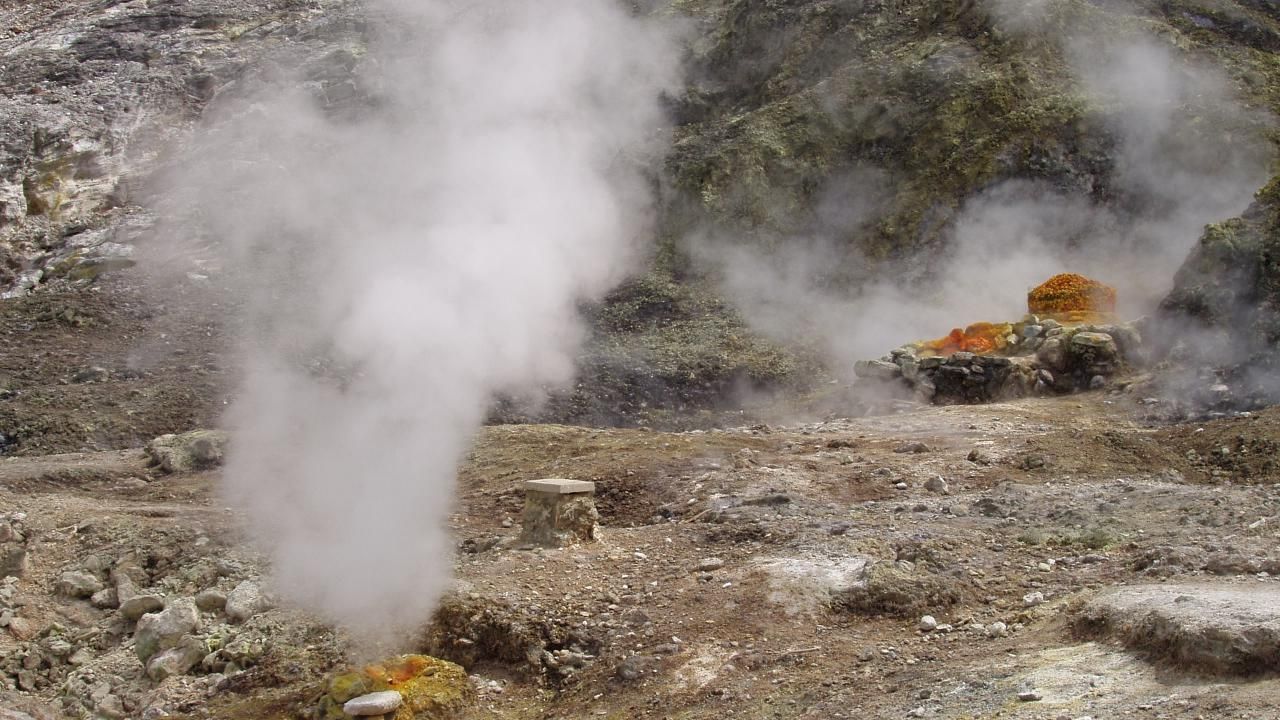 An international team of scientists from Switzerland, Great Britain and Italy conducted an analysis of materials formed after the previous eruptions of the Flegrei fields (Campi Flegrei). Based on these data, they concluded that volcanoes in the area are once again preparing for a massive eruption, but this preparation can take hundreds of years. The work was published in the journal Science Advances.

In total, researchers examined 23 eruptions of the Phlegrean fields, the most recent of which occurred in 1538. Thanks to him, a mountain called Monte Nuovo was formed, which is located in the south of Italy, not far from Naples, but even this eruption fades against the previous ones.

The largest release occurred 39 thousand years ago and was named Supergeneration of the Phlegrean Fields. After it, the amount of sulfur dramatically increased over Europe: it absorbed and scattered sunlight, which is why the temperature in this region decreased by 5-10 degrees Celsius. Volcanic rocks covered an area of ​​3.7 million square kilometers. The ash layer reached one meter from southern Italy to Romania. Anthropologists believe that this eruption was one of the main reasons for the extinction of Neanderthals. 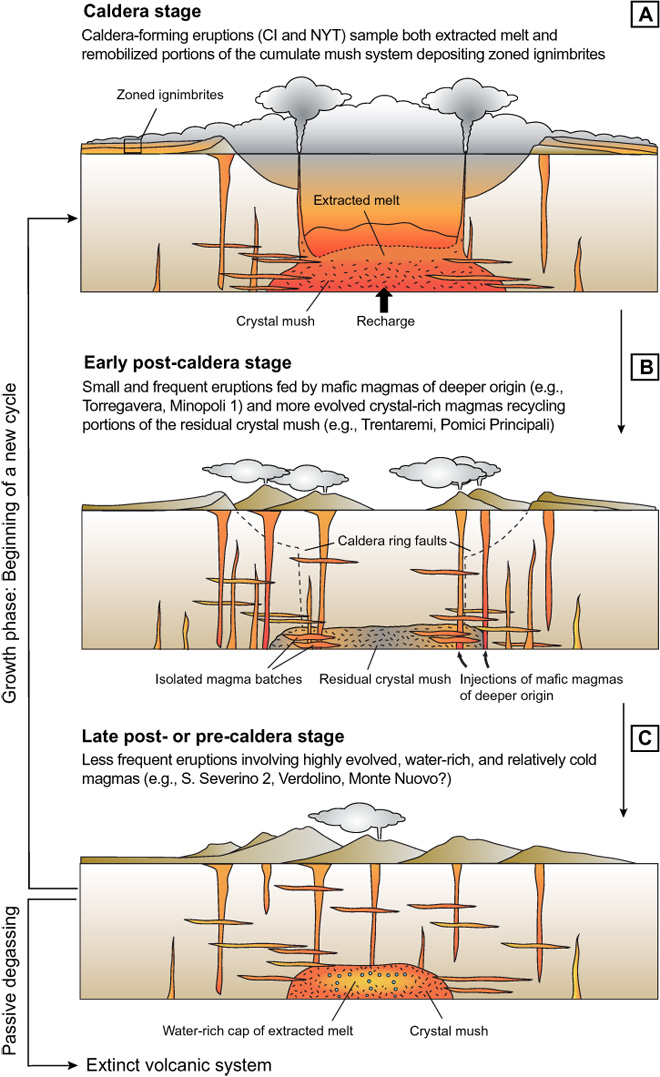 Periods of volcanic eruption of the Phlegrei fields / © Science Advances

The authors combined petrological surveys with a thermomechanical model to determine how the magmatic system of the fields shifts from small and frequent eruptions to large ones. They found that magma, saturated with water and carbon dioxide and released in 1538, coincides with that which preceded Super-condemnation. In their opinion, these findings prove that the sub-volcanic system of the Phlegrean fields has entered a new phase of capacity building. The climax in the form of a powerful new eruption should occur in the future, but it is not yet possible to accurately determine its point on the timeline.

Previously, scientists from the University of Colorado, based on a study of the geological structure of Mars, suggested that four billion years ago the conditions of the Red Planet resembled Caliente Lagoon, a lake located in the Poas volcano. Under these conditions, they found the genus Acidiphílium. If life had existed on Mars four billion years ago, it would have been in roughly similar conditions.