Lava flows from the Mayon volcano stretched for 3.6 km 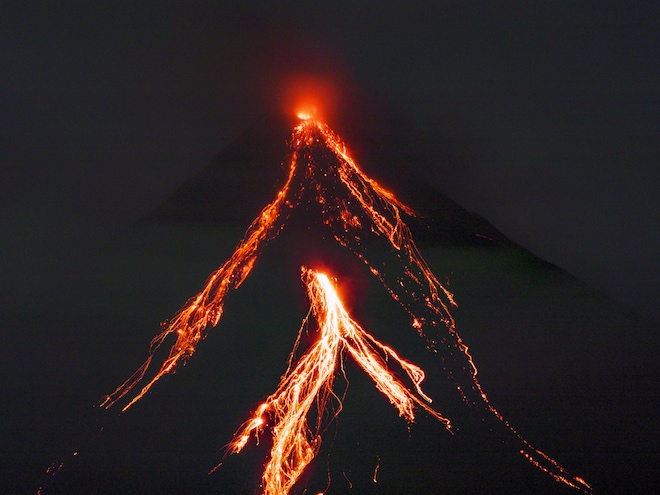 The lava flows flowing from the Philippine volcano stretched 3.6 km since it began to erupt more than two weeks ago. Red strips shone on the top of the Mayon volcano during a mild eruption on Monday morning, when Luna came in. This happened a few hours after the Blue Moon and the Superlun coincided with the lunar eclipse.

The Philippine Institute of Volcanology and Seismology reports that fountains of lava and gas and ash outbursts were chaotic. Eruptions fed lava flows in two places, where their extent had already exceeded 3 km. A zone within a radius of 8 km from the Mayon is declared dangerous. The authorities are trying to prevent villagers trying to check their homes and farms, return to the volcano, and tourists – to photograph the majestic types of eruptions in dangerous proximity.

Mayon in the north-eastern province of Albay erupts for more than two weeks, forcing more than 84,000 villagers to evacuate to overcrowded temporary shelters. Scientists fear that a stronger eruption is inevitable.