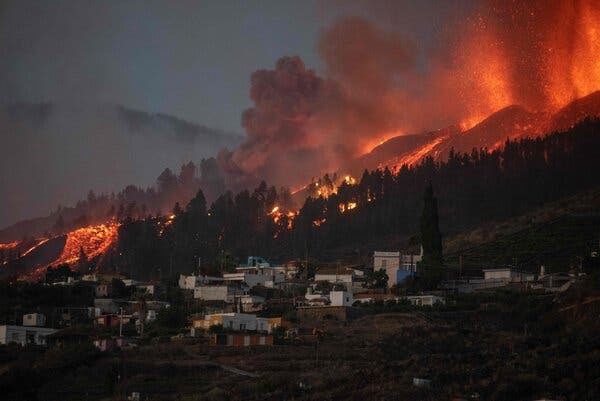 The volcanic eruption on the Spanish island of Palma (Canary Islands) caused no casualties, the lava has affected dozens of homes, authorities in the region said.
“Already 80 to 100 houses have been affected by lava on its way to the sea, up to six meters high, which is slowly advancing nonstop,” Mariano Hernandez, chairman of the Palma island government, told radio station Cope Canarias. He also added that there were no casualties.

Earlier authorities reported 5 thousand evacuated residents of nearby municipalities. The head of the Canarias government, Angel Victor Torres, said Monday night that no new evacuations are expected in the near future.
The Cumbre Vieja volcanic range in the municipality of El Paso began erupting Sunday afternoon on the island of Palma (Canary Islands).

Previously, the National Geographic Institute of Spain recorded an increase in seismic activity on the island of Palma, a week occurred more than 25 thousand earthquakes.