Lava from Hawaii Kilauea volcano flows to the ocean 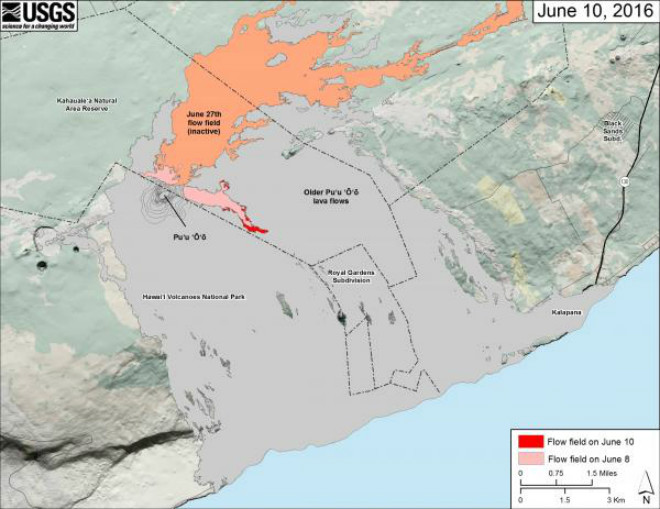 The new lava field in the Hawaiian volcano Kilauea is currently headed towards the ocean.

As of 10 June, the lava flow was 3.3 km in length and moved with an average speed of about 250 meters per day. If the new lava field will remain active long enough, it may reach the ocean in the coming months.
At the moment, the lava flows away from settlements, which element is not a threat.

We will remind, on may 24, a sudden surge of the eruption of the Hawaiian volcano led to the formation of two so-called lava breakouts, one of them ceased to be active.