Life against the background of the erupting Sinabung 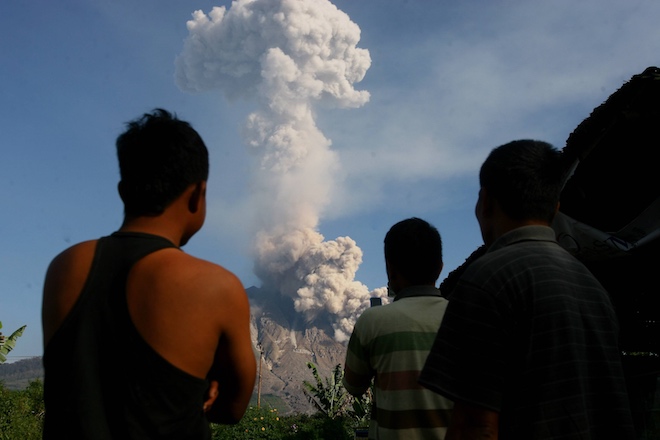 The volcano on the Indonesian island of Sumatra on Wednesday once again spat out hot smoke and ash.

Sinabung repeatedly erupted violently in recent days, throwing into the air clouds of hot gas up to a height of 3 km. Clubs of smoke tightened the sky over the school in the province of North Sumatra, but children carelessly continue to play on the street in the shadow of a volcano. Local authorities are sure that the school is safe, so it is outside the danger zone with a radius of 7 km. 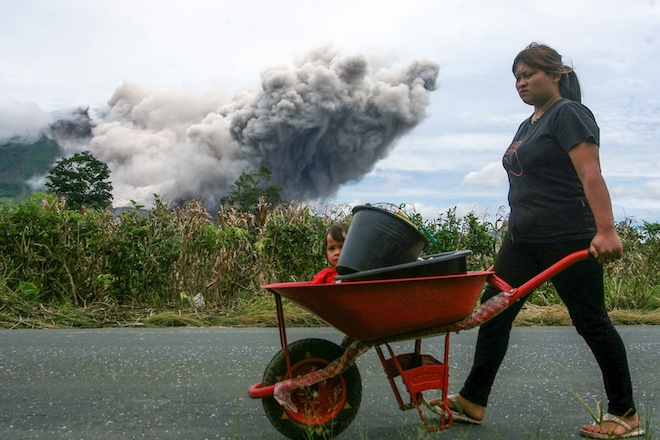 The villagers continue to live near Sinabung, despite eruptions that have not ceased since 2013. To go to the store, you have to wear a mask. Ashes fall from the sky and harm the crop. In recent years more than 2 thousand families have been evacuated from the vicinity of the exploding volcano in recent years. Many Indonesians will soon move to newly built villages after a long stay in temporary shelters.

Sinabung awoke to life in 2010 for the first time in 400 years. Again falling asleep for three years, the volcano woke up in 2013 and began to erupt without stopping. Last May, seven people died during one of the eruptions of Sinabunga. In February 2014, the eruption claimed the lives of 16 people.

In Indonesia there are about 130 volcanoes. The state is located on the so-called Ring of Fire, a belt of tectonic faults encircling the Pacific Ocean.