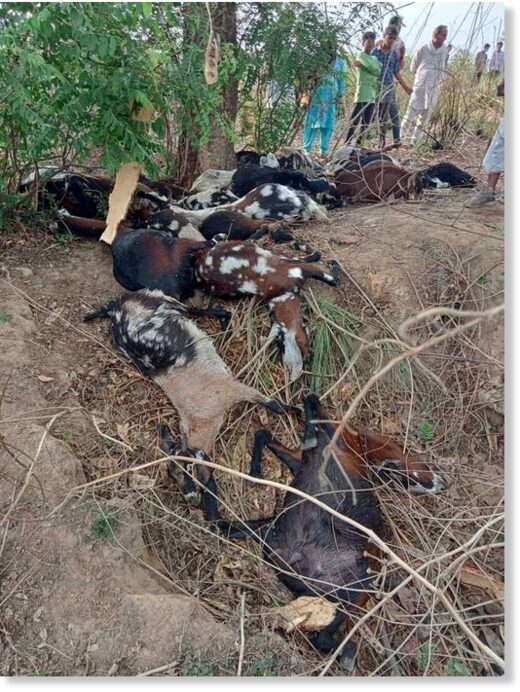 As many as 22 goats died when a tree under which they were standing was struck by lightning in Pirthipur village of Yamunanagar district.

The incident took place when Fazla of Taharpur Kalan village, Yamin and Shakeel, both residents of Jaitpur village, were grazing their goats in Pirthipur village on Wednesday afternoon.

A source said three goats of Fazla, Yamin and Shakeel were standing under a tree to take shelter from the rain. “In the incident 22 goats died and one had a narrow escape,” the source added. The source said a veterinary doctor, a patwari and policemen visited the spot after getting the information of the incident to take stock of the loss.