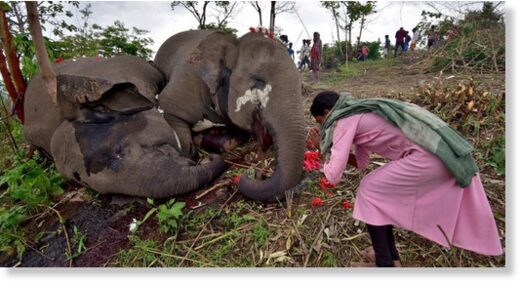 A bolt of lightning is believed to have killed a herd of at least 18 elephants in central Assam’s Nagaon district on Wednesday night.

“The local staff said 18 elephants have died and lightning is most likely the cause,” Assam’s Chief Wildlife Warden, M.K. Yadava told The Hindu.

“There have been cases of lightning striking animals down. Lightning claimed five elephants in West Bengal some time ago, but this is huge,” he said.

Officials said a team of veterinary doctors and other wildlife experts have left for Kandali and are expected to reach the spot by Friday morning.

The team is expected to examine if there are other reasons behind the death of the elephants.

The district had cases of man-animal conflicts.