Lightning burned a tram in Kazan 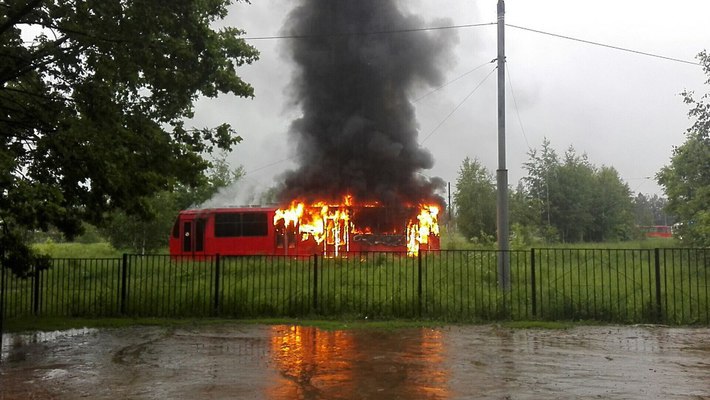 In Kazan, a street car caught fire, which struck the lightning. The incident occurred at the stop of Commissioner Gabishev, and human losses were avoided only due to the fact that public transport was already at the last stop and all passengers had time to leave the salon.

The fire quickly spread to the whole staff, but the EMERCOM employees arrived in a few minutes, extinguished the fire, which spread over an area of 24 square meters. After extinguishing, it became clear that the car can not be repaired.