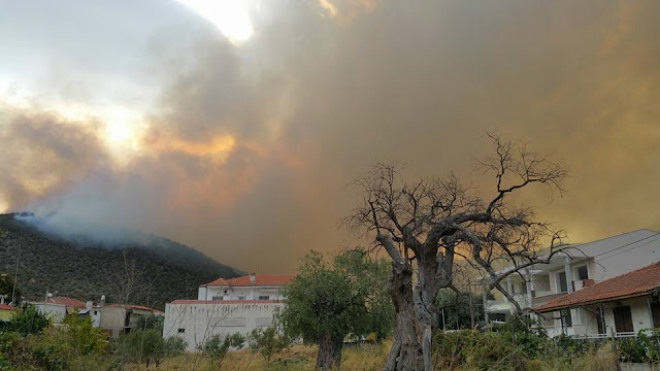 The Greek island of Thassos belongs to the group of Northern Aegean Islands covered by natural fires. The fourth day firefighters fight the fire element, but to stop the spread of fire is not yet possible.

Evacuated residents of villages located in forest areas, as well as the novices of the two monasteries of St. Michael the Archangel and St. Panteleimon.

The fires were caused by lightning strikes. The island authorities have announced a state of emergency.