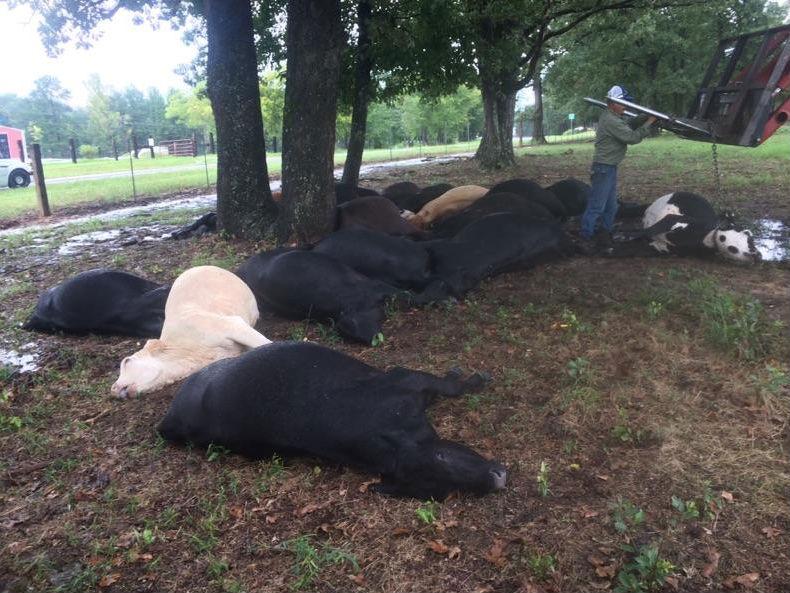 Lightning killed 19 cows in the U.S. state of Texas, reports “Time”. Mass deaths of cows occurred just a few days after the death from a lightning strike more than 300 reindeer in Norway.

A herd of cows driven under a tree during a thunderstorm near Hallsville in Texas on Sunday evening. Cost of lightning hit the tree, as there is still cows fell to the ground.

Suddenly lightning struck, and the cow just fell, — says an eyewitness Victor Benson. — I knew it did not — lightning, and lightning everywhere, and then it was over.

We all thought they will be up soon, ” adds Benson. Some cows were able to oculist away from dangerous places, but the 19 animals died on the spot.

Deadly lightning strike in Texas happened once in Norway on Hardangervidda found 323 lifeless carcasses of reindeer.