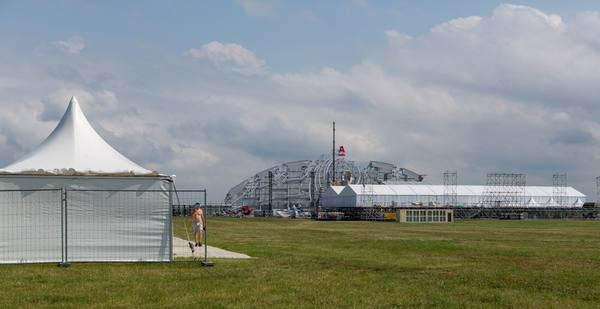 One person was killed and two were injured in the result of a lightning strike during a music festival in the Balakhna district of Nizhny Novgorod region on Sunday.

As reported in the press service of the regional GU Ministry of emergency situations of the Russian Federation, information about the tragedy at the electronic music festival in the village of bol’shoye Kozino arrived at 16:45.

“According to preliminary data, as a result of lightning one man was killed and two women suffered. One of them delivered to the Institute, the second in the 39th hospital in Nizhny Novgorod,” – said the Agency interlocutor.

In Balakhninsky district of Nizhny Novgorod oblast hosted an electronic music festival Alfa Future People. One of the injured girl of 23 years old, the second born in 1986.

“According to preliminary data, the victims came from Norilsk and Moscow”, – said the Agency interlocutor.