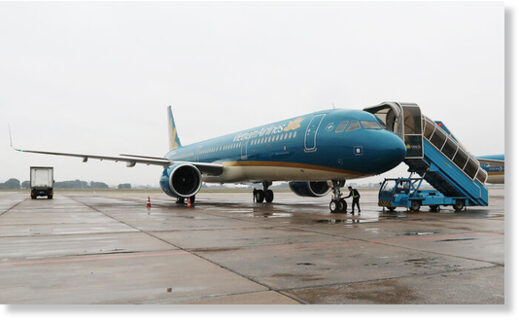 While working at Noi Bai Airport in Hanoi, an aircraft maintenance worker was fatally struck by lightning.

He was checking a Vietnam Airlines plane that was preparing to fly from Hanoi to Vinh in central Vietnam when lightning struck the plane’s right wing and struck a vehicle. He died on the way to the hospital.

The representative of Noi Bai airport said that an international standard lightning protection system was installed at the airport.