Lightning on a clear day wounded 35 people in Germany 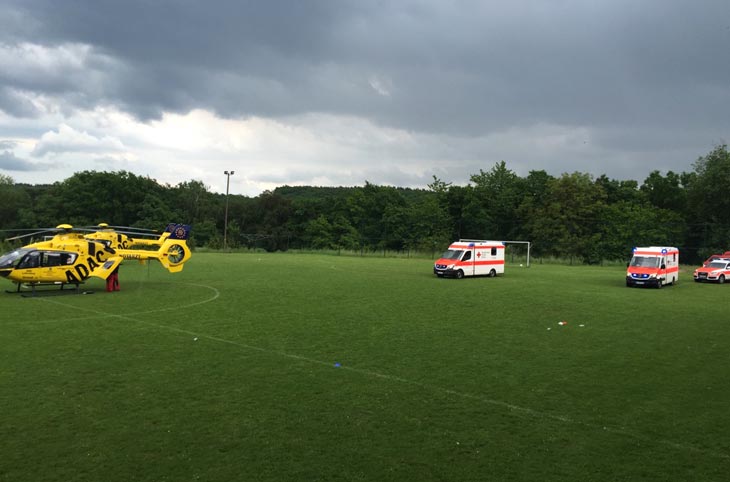 At least three people were injured, 32 sent to hospital after lightning strike in a small football stadium in the West of Germany.

All the wounded are adults, among the rest 30 32 hospitalized children aged nine to 11 years. As noted, they received minor injuries and sent for inspection as a precaution.

Local police explained that lightning struck immediately after a football match, which was at the stadium. Moreover, eyewitnesses claim that at that moment the sky was clear and the bad weather was not expected.

Earlier on Saturday it became known that eight children and three adults were injured in the result of a lightning strike in Paris. It all happened at the celebration of children’s birthdays in the Park.