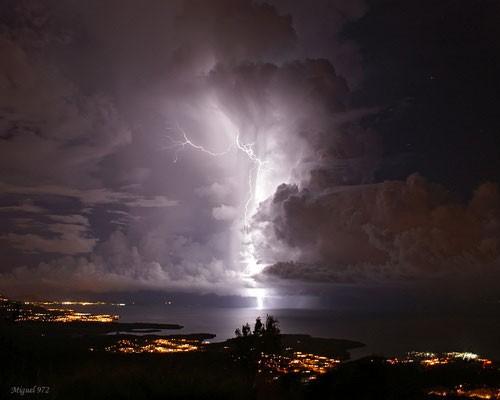 Two-thirds of lightning, falling into people, fall on the men, say scientists who have revealed amazing statistical regularity. This can be explained only by the assumption that men, because of the natural propensity to take risks, not sit at home during a thunderstorm. Well, or the fact that Zeus, which is known to be in charge of thunder and lightning, trying not to hit women electrical discharges unnecessarily.

The chance of becoming a victim of a lightning strike, as the researchers note, is always present, if you walk under the open sky in a thunderstorm. In most such cases, effective disaster turns into death of the victim, but the chances to survive is still there. The fact that under certain conditions, extremely powerful electric charge, which carries the lightning passes through the body so quickly that no time to cause damage to important internal organs.

The lucky ones who have been hit by lightning and survived, can boast of a unique body pattern resembling a tattoo with some intricate plants. This mark indicates broken at the moment of impact the capillaries. Rumor has it that people in whom was struck by lightning, possess superhuman abilities. Well, at least one — they can stay alive after a lightning strike.