Lightning strikes have killed 2,800 people in the past 11 years in Bangladesh 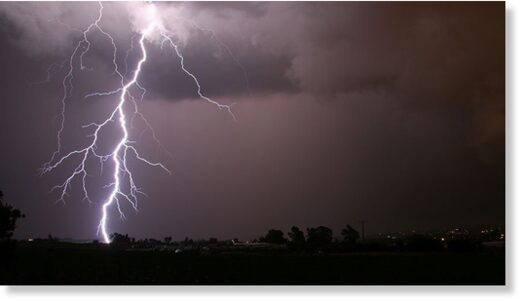 Lightning strikes — electrical discharges between the atmosphere and the ground — have killed at least 2,800 people in Bangladesh in the past 11 years, according to government figures.

The government plans to launch a project to save people from the deadly natural phenomenon and reduce the number of victims, the minister of state for disaster management and relief told a news conference at the secretariat Tuesday.

As part of the project, he said, the government will purchase devices that will warn 40 minutes before lightning strikes.

In addition, shelters will be established to avoid fatalities during lightning strikes.

Rahman said Bangladesh currently suffers from 16 categories of natural disasters. Lightning strikes were added to that list in 2015.

“Some modern countries have early warning systems for lightning strikes, like cyclone warnings. There are devices that can detect them 40 minutes in advance and determine where they will occur. We will install such devices all over the country,” he said.

Authorities will prioritize areas prone to lightning strikes, the state minister said, adding that his ministry will begin working on a system so local residents can receive warnings via text message.

The government also plans to build lightning shelters, similar to flood or cyclone shelters, he said.

The project has already been formulated, and Dhaka University has been tasked with conducting a feasibility study, the state minister added.

“After that, we will send the feasibility study to Prime Minister Sheikh Hasina for approval. We will begin work as soon as she gives her approval,” he told reporters.