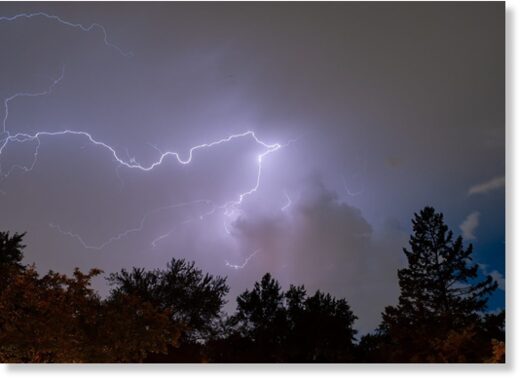 Two people died as a result of a lightning strike during a severe thunderstorm that struck parts of the country on Monday, October 5, 2020

A woman was killed by lightning in the late afternoon in Melville, Johannesburg.

The Johannesburg Emergency Management Service (EMS) confirmed the news for The South African, stating that the incident occurred at approximately 4:30 pm.

“Yesterday afternoon, the City of Johannesburg Emergency Management Service got a call about the incident in Melville. Upon arrival, we found a middle-aged woman who was pronounced dead at the scene, ”spokeswoman Nana Radebe said.

Meanwhile, less than half an hour later, a man also died from a lightning strike in Elandsfontein.

ER24 spokesman Russell Meiring said he was pronounced dead at the scene.

A man in his 30s was killed by lightning on a farm in Elandsfontein.

“ER24 paramedics arrived at the scene at 4:55 pm and found a man lying motionless in a field surrounded by several of his colleagues,” Meiring said in a statement.

“The doctors examined this man and found that he showed no signs of life. Unfortunately, nothing could be done with him, and he was pronounced dead. “