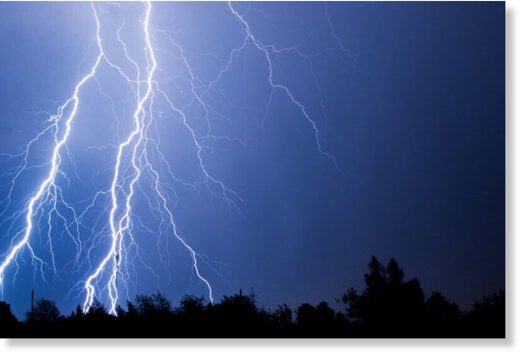 A sudden thunderstorm in parts of East Midnapur and West Midnapur killed four agricultural workers who were struck by lightning.

In the village of Dubda in Egra East Midnapura, 40-year-old farmer Aurobindo Bera was killed on the spot when he was struck by lightning and his wife Mira was seriously injured. When this happened, the couple were working on their farm. Mira was taken to the Egra Super Specialty for treatment.

In the village of Kanpur near Potashpur station, 38-year-old Ramkrishna Payhara was killed in similar circumstances while farmers were working in an open field. While Payhara was killed on the spot, his comrades were injured and taken for treatment.

In the area of ​​Debra station in West Midnapor, two women were killed by lightning strikes while working in a field. Mitu Singh, 31, was killed in the village of Khatiberiya, and Ruma Bera, 23, died in Sundarnagar.

All wards, including the pharmacy, on the ground floor of the Tamluk District Hospital were flooded to the waist. The rain also left Tamluk and the surrounding area without electricity until noon.