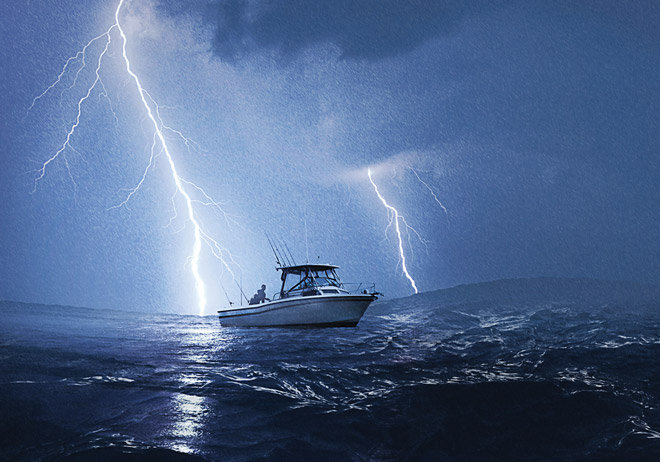 Above navigable routes, more lightning strikes occur than over adjacent waters, and the person is to blame for this.

The authors of the new study suggest that the matter is in the emissions of aerosol particles and signals during the movement of ships, which lead to microphysical improvement of convection and the electrification of storms over the sea routes.

Electrification requires high clouds. Scientists think that aerosols and dust particles can lead to an increase in the number and decrease in the size of cloud droplets that interfere with the formation of rain and, thus, contribute to the creation of large clouds.

Researchers note that measuring the effect of aerosol and dust particles on lightning is very difficult, especially over the oceans. Instead, they drew attention to the connection between lightning above the sea routes and the surrounding space and emissions from ships.

Scientists have studied more than a billion lightning strikes from the World Network of Lightning Zones, emissions from the Global Atmospheric Research Database and data from other sources.

“We found that the frequency of lightning increased almost 2 times annually over two of the main navigable paths of the planet,” the researchers write. “Meteorological factors can not explain this increase, and we came to the conclusion that particles of aerosols from ship emissions change the microphysics of cloud convection and icing processes leading to increased lightning formation.” 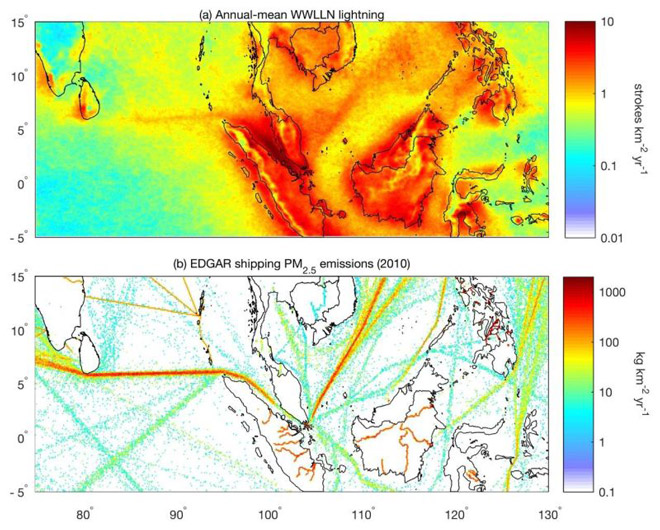 In this image one can see the contours of sea routes, one of which runs from north Sumatra to the west, the other from Singapore to the northeast. These lines are not ships, but the average number of annual lightning strikes (at the top) and emission data (bottom).