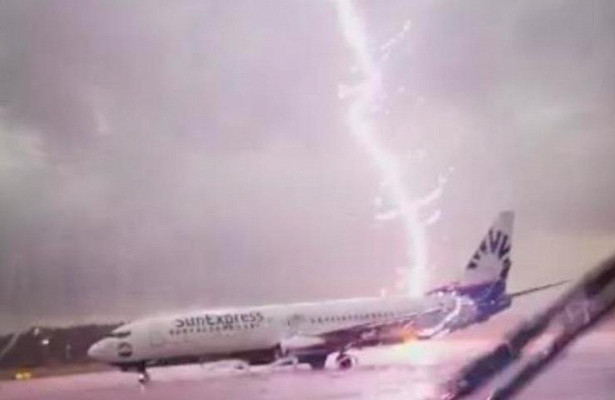 Lightning struck one of the passenger planes in Switzerland. It is reported that the Boeing, which was on the runway of the airport in Zurich, was struck by lightning. So, Boeing 737 was supposed to fly to Antalya.

According to Jacdec, as a result of this incident, the passengers on board were not injured.

After the incident, the plane was sent for a technical inspection. The passengers were able to fly out after two hours.