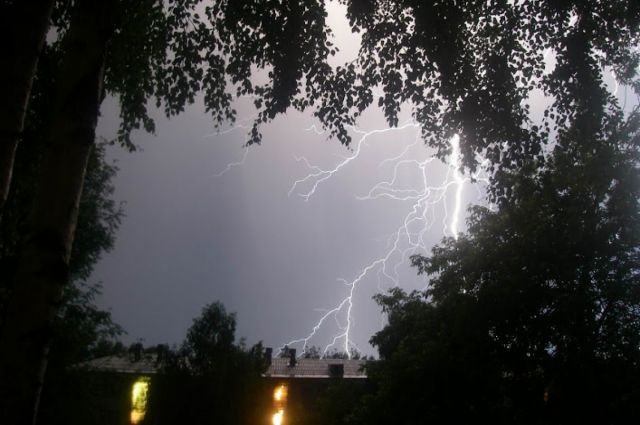 Lightning struck a two-meter hole in the roof of a residential building in the Kama region, the press service of the emergencies Ministry in the Perm region. In the end the fire started.

As told in the emergencies Ministry, the incident occurred on 4 August in the area of 18.12 in the village Gojan kuedinskogo district. In the house lived a family of three — wife and their grown son.

The family was at home, when it started to rain. At some point the head of the family heard a dull thump in the roof. In the house of crumbling plaster and the smell of melted insulation. The man went into the yard and found the roof of the two-meter hole. From under the roof of the house was smoke and flame, — told the Agency.

The man called for help son, they independently tried to extinguish the fire. Neighbors called the fire Department. Arriving firefighters put out the flames. In the result, burned the roof of the house, no one was hurt.

According to preliminary data, the cause of the fire were lightning, lightning strike to the roof.