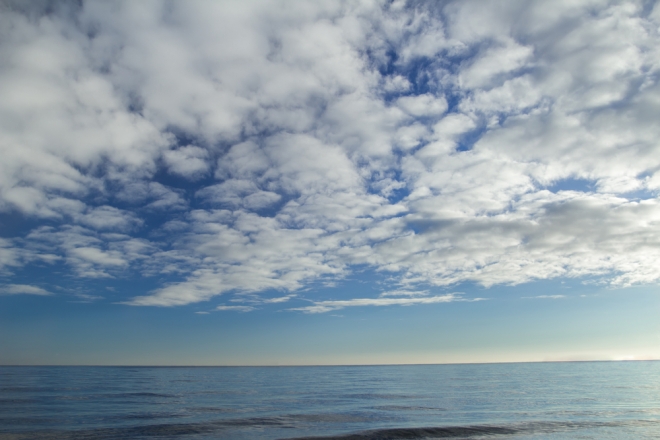 Scientists from the Lawrence Livermore national laboratory in the US revealed the mechanism of formation of low clouds affecting the energy balance of the Earth, which respond differently to global warming depending on their spatial location.

The results suggest that studies based solely on past trends, likely to underestimate how the Earth will heat up due to the increase of carbon dioxide in the atmosphere.

The study focused on clouds, which affect climate by reflecting incoming solar energy and transmission or retention coming from the Earth thermal radiation. As the Earth’s surface is heated, the radiating effect of the clouds is changed, contributing to the response of the climate system of the planet.

If these changes in the clouds enhance the cooling of the Earth, they create a negative feedback on warming. Otherwise, the feedback is positive. The extent of global warming by increasing carbon dioxide in large measure depends on the sign and magnitude of the response of clouds, which makes this an important aspect of climate research.

Scientists have shown that the strength of cloud feedbacks in climate models shows large fluctuations depending on the time period. Despite the positive feedback of clouds on long-term forecast of global warming, the model shows a strong negative reaction over the last 30 years. This difference is caused by occurrence of low-level clouds in the tropics, which significantly cool the planet by reflecting solar energy into space.

“Thanks to a combination of climate models and satellite observations we found that the tendency to the formation of low level clouds over the last three decades is substantially different from developments in long-term global warming, said Chen Zhou, lead author of the work. — The key difference is the spatial pattern of global warming. Not every degree of warming is the same effect on low clouds”.

In response to increasing carbon dioxide, climate models predict an almost uniform heating of the planet, which contributes to the reduction in low clouds with high reflectivity and the establishment of positive feedback.

But over the last 30 years, surface temperature increased in those tropical regions where the air is rising, and decreased where the air descends.

“This particular sample warming almost optimal distribution of the low clouds as the stability of the lower level of the atmosphere increased, which would keep the humidity and cloud cover,” said study co-author Steven Klein.

According to scientists, most of the satellite data began to be collected in 80-ies, so a linear trend over the last three decades are often used to draw conclusions about long-term global warming and to estimate the climate sensitivity.

The obtained results indicate that the feedback of cloud cover and climate sensitivity, calculated on the basis of recently observed trends might be underestimated, because the picture of warming in this period is unique.
Global temperatures increased gradually during the period of instrumental observations in connection with the increase in the concentration of greenhouse gases.

But this warming was superimposed large temperature fluctuations due to natural internal variability of the climate system and the impact of volcanic eruptions, aerosol pollution and solar activity.

While the warming due to the CO2 tends to be relatively homogeneous in space, trends in surface temperature due to internal climate variability and aerosol pollution are very heterogeneous, strongly different on different sides of the ocean basin. Trends calculated over short periods of time, often depend heavily on other factors than CO2 and can be very deceptive.

The team stressed that clouds are particularly sensitive to subtle differences in the nature of the surface warming, and researchers should carefully consider these effects, drawing conclusions about the feedback of cloud cover and climate sensitivity, based on observations over a short period of time.