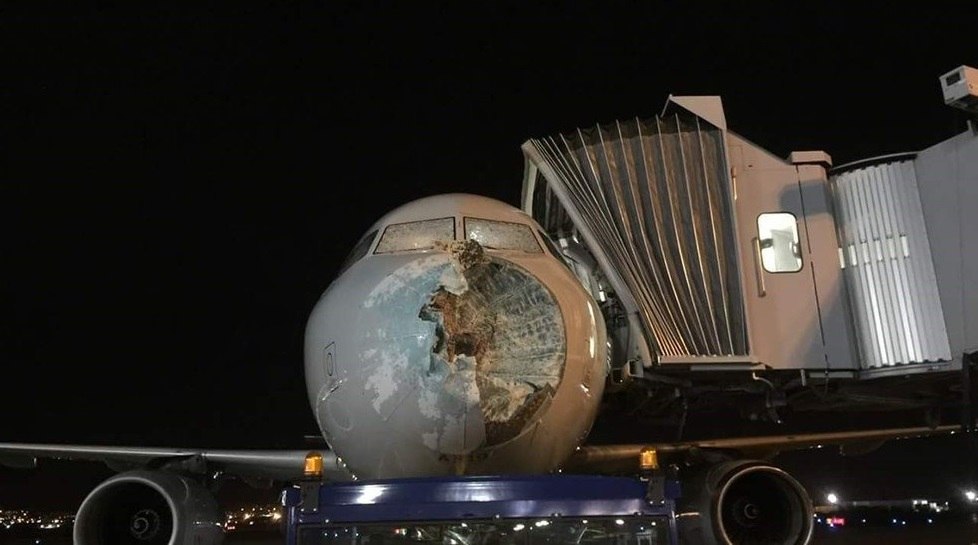 A large hail broke the windshield and damaged the nose of the American Airlines liner that flew from San Antonio (Texas) to Phoenix, Arizona. The commander of the crew decided to crash land.

From the airport of San Antonio the plane flew out the previous evening, on May 3. But severe weather conditions did not allow the aircraft and its 130 passengers to reach their destination in time. After 2 hours of flight, the plane fell under a strong hail. 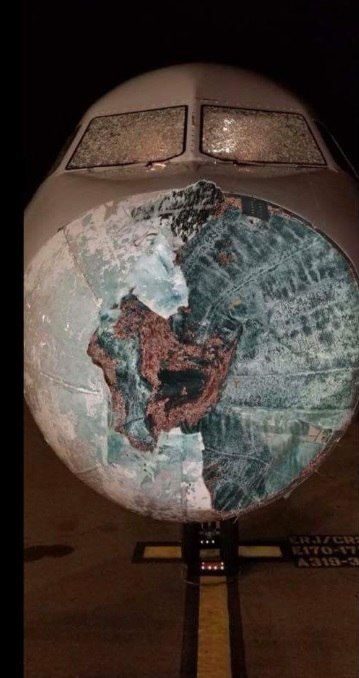 Pilots by radio reported that “the front review is virtually absent,” but something can be seen in the side windows. In the end, the liner had to make an emergency landing half way – in El Paso (Texas).

According to the Federal Aviation Administration, despite the damage received by the ship during the flight, no one was injured during the landing.