Mankind has already exhausted the annual supply of resources of the planet. 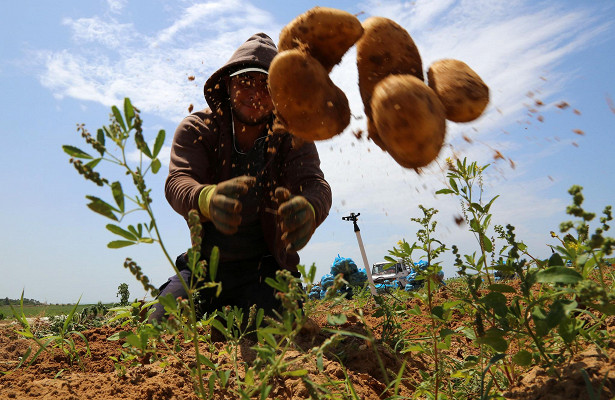 From this Monday, mankind has been living in debt with nature, according to the German television and radio company MDR. The population of the Earth used up all the renewable natural resources that the planet could provide to it in a year, and the World Day for Ecological Debt first came as early as July.

This means that at the current level of consumption, people need the resources of 1.75 Earth – and if the whole world lived like the USA, we would need as many as five of our planets.

World Day for Environmental Debt first came in July, according to the website of the German TV and Radio MDR. Since Monday, humanity lives “in debt.” This means that from this day the number of renewable resources used by people for the year exceeded the amount that the planet is able to reproduce.

As noted in the article, renewable natural resources, which, according to scientists, mankind could use for the current year, have already been exhausted. Everything that is consumed by the population of the planet, starting from this Monday, the Earth can not replenish naturally. World Day of Ecological Debt is that day in the year after which humanity begins to spend its natural riches “on credit”.

The calculations of the Global Footprint Network analytical center take into account, for example, the consumption of wood, arable land, fishing areas. Volumes of exhaustible resources, such as oil, are not included in the assessment.

According to the authors of the study, the largest and fastest-growing type of human influence on the nature of the Earth is associated with carbon dioxide emissions into the atmosphere. At the moment, they make up about 60% of the ecological footprint of the population of the planet. However, the growth of the world population, as well as the increase in consumption significantly contribute to the depletion of planet resources.

Humanity in its current state requires 1.75 Earth resources. And if all over the world, people lived like the Germans, you would need three whole earths, say environmentalists. Especially critical is the situation with carbon dioxide emissions, primarily due to the transport and operation of coal-fired power plants. German carbon dioxide emissions have not declined since 2009. Significant damage to nature here also causes a high level of land use of arable land, according to MDR.

Rather than pushing against the ecology wall, it would be wise for Germany to make its government actively pursue a more ambitious energy, transport and agricultural policy and get rid of the resource-intensive and obsessive growth idea of ​​the development of the economy, urges Matis Wackernagel from the Global Footprint Network .

Meanwhile, if the entire population of the Earth lived as it does in the United States, it would need the resources of as many as five of our planets, the publication emphasizes.
Floods, droughts, hurricanes, heat – cases of extreme weather are fixed more and more often, the climate around the world is inexorably changing. Last year, World Ecological Debt Day fell on August 1. Every year he moves a little: in 1987 the “harvest” was exhausted at the very end of the year, December 19th. Thirteen years later, in 2000, the World Day for Ecological Debt came on September 23 – and now it has reached July for the first time, the MDR emphasizes.