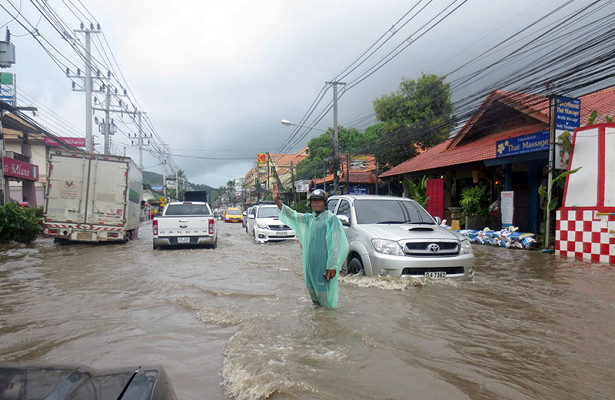 Floods caused by flooding are the most widespread and most destructive natural phenomena in the world, according to the report of the Intergovernmental Panel on Climate Change. Recently, the power of floods has increased, but at the same time the volume of property and the share of the population that are endangered by them have increased. However, this is not directly related to human casualties and direct damage to property – they, on the contrary, have been declining since the 1990s due to effective protection measures.

Floods with a recurrence period of 100 years are classified as particularly dangerous or catastrophic. According to the current forecasts, the warming of the climate will lead to the fact that such floods will threaten the number of people more than at present. Scientists have estimated how this trend will manifest in different regions of the planet, and also found out how much to strengthen measures to protect against flooding.

To calculate the conditions that cause flooding, researchers have launched in different combinations 10 global hydrological models, five global climate models, four scenarios for changing greenhouse gas concentrations, and a river channel behavior model for two time intervals: the historical period of 1971-2004 and the period of the future – 2035-2044 gg. The main indicator was the annual maximum of daily water discharge in rivers, depending both on hydrological characteristics and on climatic changes, primarily on the amount of precipitation. The results were corrected taking into account the observational data for different regions of the planet.

By the magnitude of the maximum daily flow of water, the level of possible rise of water in the river bed was calculated, which made it possible to calculate the area of ​​the hypothetically flooded area and the number of people caught in the disaster area. For comparison, the researchers selected those floods that included the coverage of the population in the upper tenth of all floods in a given time period, that is, scientists received the number of people affected by 10% of the most severe floods in the region under study.

Scientists have determined that the threat of severe flooding will increase especially for the densely populated suburbs of Shanghai, Hong Kong, Jakarta, Mexico, São Paulo, Buenos Aires and Cairo, while the metropolitan countries themselves will remain relatively safe. The hydrological situation in the next 30 years will significantly worsen in the basins of large rivers – Niger, Zambezi, Nile, Yangtze.

The greatest concern of researchers is the Asian region, since it has the highest risks of catastrophic floods to date, as well as the strongest increase in the risk of the water element coming out of control in the future. So, for example, in one Pakistan the number of people living in a dangerous territory will grow, according to scientists, from 6 to 11 million people. The changes will also affect Europe: the coasts of Germany and Poland, as well as French territories that carry their waters of Ron, Loire and Seine, will become dangerous from the point of view of floods.

Measures to protect against floods, including the necessary infrastructure, public warning, insurance schemes and other economic and economic factors, will need to be applied in almost all regions, though in varying degrees. Conditionally, in the state of Illinois – raise the level of protection by three points, and in France – enough for one.

Researchers emphasize that in order to avoid undesirable climate changes and contain floods, it is necessary to adhere to the Paris agreements.

The article is published in the journal Science Advances.