Mass death of fish in New York, the USA 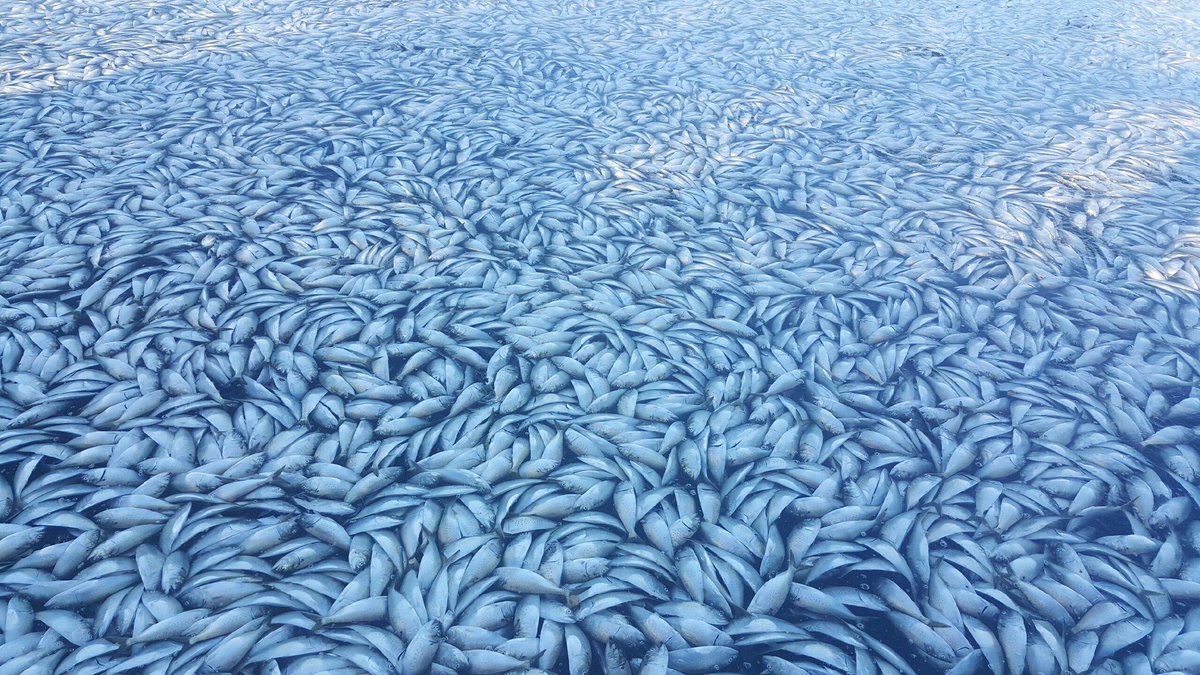 Yesterday to eyes of inhabitants of Hampton Beys, New York, very terrible show appeared. It seemed that the water utility is covered with ice, but it was not ice, and hundreds of thousands of dead fishes covering a water surface.

The department on protection of water of New York assumed that fish escaping from predatory lufary and in search of rescue swam away to the canal Shinnekok who is located on Saut-Fork and connects two bays.

The water line in channels not equal and that the ships could move on the channel, is used system of locks. Fish was included into the canal when locks were open and when locks were closed, she appeared in the narrow, close channel and all of them died because of shortage of oxygen in water.

The next morning locks opened and dead fish got to the sea or was cast by a surf ashore.