Massive flooding in the United States 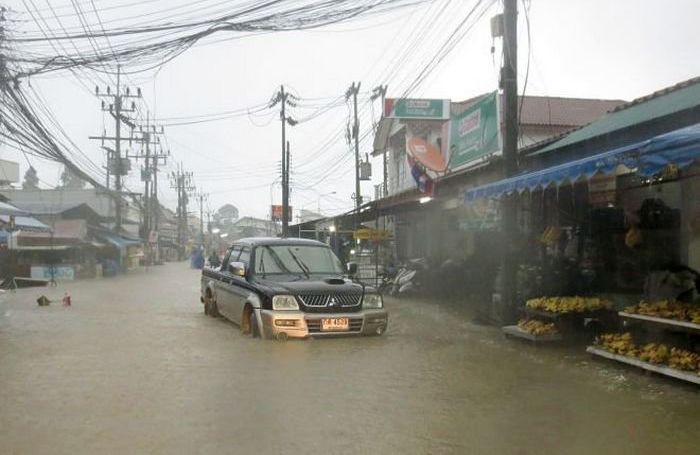 A powerful storm with heavy rains and snow attacked the US West on Tuesday, a day after thousands of people fled their homes due to possible flooding, according to meteorologists.

The relentless rain and snow in the mountains continue to run amok in some areas of California, in connection with what are flood warnings and snow storms. In Nevada because of heavy rains and melting snow Truckee river overflowed its banks, reaching a peak on Monday morning. Fortunately, the Tracks are not flooded lying downstream the city of Reno, as was predicted earlier. But the river overflowed on the Eastern part of the city of sparks and caused significant damage to Lockwood.

Forecasters warn that the situation could deteriorate as the number of Pacific storm systems will continue to affect the Western United States until the middle of the week. Showers, thunderstorms and snow will occur in the region until Thursday. A dangerous Blizzard is expected in the mountain system Sierra was Nevala. Snow cover is 1.5–3 meters at a height of more than 2.1 thousand meters above the level of lake Tahoe. Because of wind gusts greater than 26 m/s the national weather service has issued a warning of snow storms across the region.

Although the rain will weaken the six-year drought, forecasters say California’s problems are far from over.

In a sign of the intensity of rain officials in the state for the first time in 10 years, opened sluice gates on the dam the Sacramento river to prevent flooding of the eponymous town on Tuesday. Dozens of spectators came out to look at the dam on Monday evening. On the video of the drone in nimbus dam Folsom dam Sacramento to West Sacramento and the American river flooded alley near downtown Sacramento.