Massive flooding killed at least 10 people across Cambodia and flooded 40,000 hectares of crops 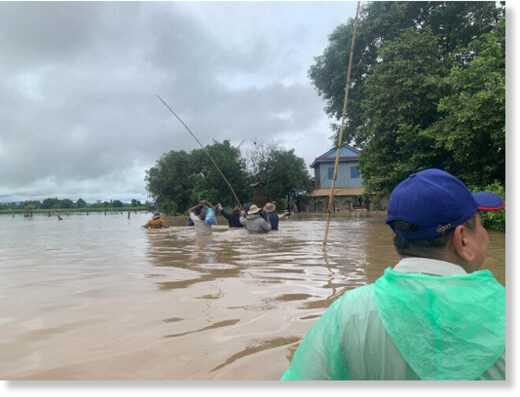 In parts of Cambodia, at least 10 people have died and thousands have been injured in the last few days in the provinces of Pursat, Battambang, Kampong Speu and Kampong Chnang.

Severe flooding has been reported in Thailand’s Nakhon Ratchasima province in the past few days, damaging roads and houses. About 12,000 people were affected in the Pak Chong area, some residents were relocated to higher ground.

In Laos, flooding rages in the province of Savannakhet. Local media reported that nearly 900 families were affected in 21 villages in Xepong District.

Flooding has also affected central Vietnam over the past few days. As of October 10, at least 5 people were killed and more than 26,000 people were evacuated.