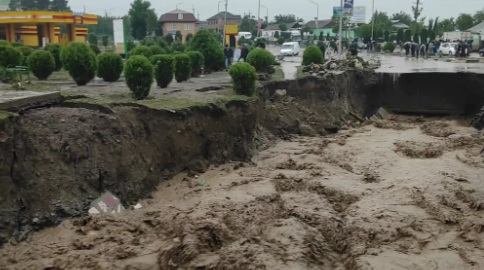 Massive landslides triggered by heavy rains have killed at least 10 people, including four children, in Tajikistan’s northwestern district of Pejikent.

Ministry of Emergency Situations officials said the landslides came down in the villages of Dashti Kozi and Kishtuk late on the evening of July 19, and rescue and recovery efforts continued through July 20.

Landslides in several other districts of the oblast have damaged several buildings.