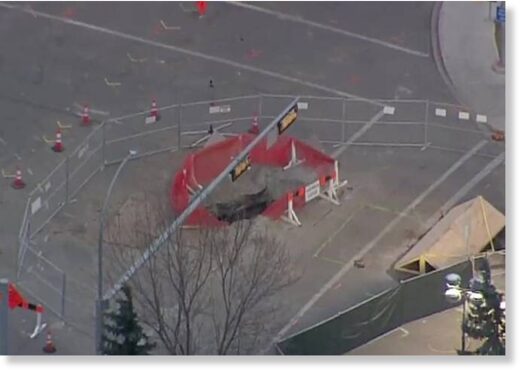 In south Edmonton, a huge crater has formed at the intersection of 61 Avenues and 109 Streets, leading to road closures that are expected to last several months.

The hole in the Parkallen area was formed on October 12 as a result of an “underground void” discovered on October 8 during an inspection of the main sewer main.

The pit, which is visible from a helicopter, is approximately three meters long, one meter wide and 23 meters deep.

According to information from EPCOR, there is “no structural risk to homes and businesses in the area.”