May was the warmest in history of meteorological observations 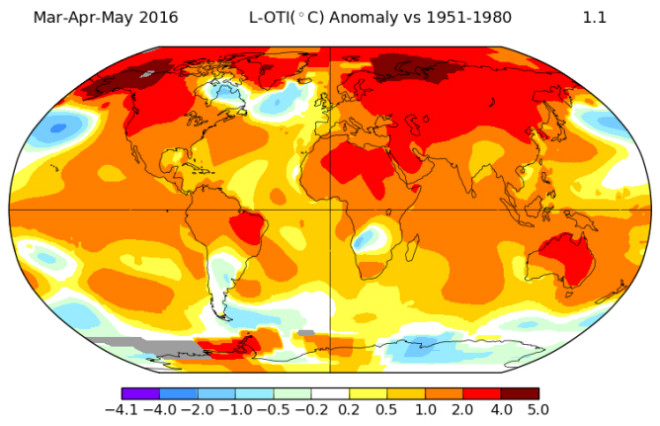 Record global temperature in may has been updated again. Also in may, Russia completed the warmest spring in the Northern hemisphere.

14 June in Geneva held a press conference at which David Karlsson from the world meteorological organization announced new temperature records.
Temperature was above average mainly in the high latitudes of the Northern hemisphere. Spring (March, April, may) 2016 in this area was the warmest in history. 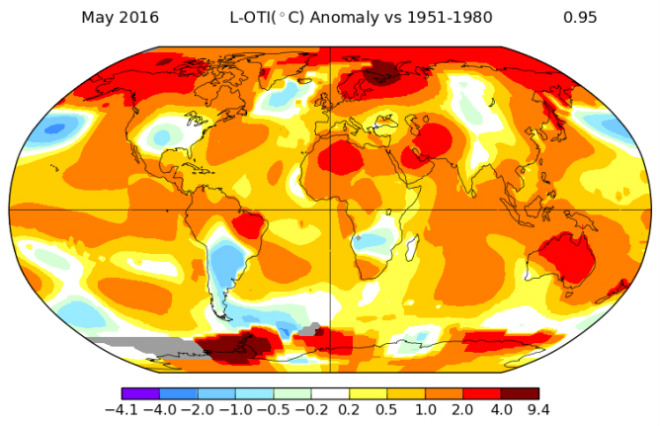 It is noteworthy that the 370 consecutive months were unusually warm or hot on the planet. Thus, all who are now 30 years old or less throughout life experienced the warmth only above average.