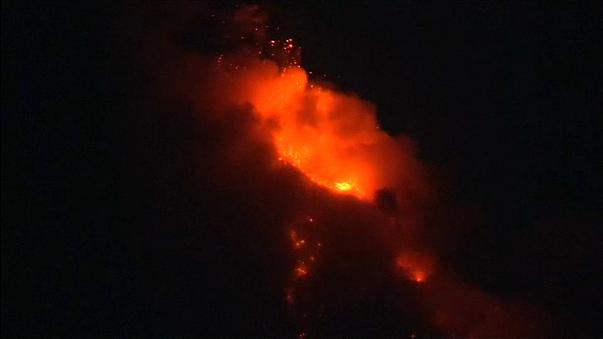 The Mayon volcano, located on the largest island of the Philippines, Luzon, continued to erupt hot lava and ash on Monday. Meanwhile, in the two cities of Daraga and Legaspi I resumed classes in schools. Children are happy to return for desks, teachers to work. At the same time, educational institutions remain closed in 15 settlements located in the danger zone, previously expanded to nine kilometers.

Mayon began to show activity from January 13. Due to the awakening of the volcano, 78,000 residents of nearby towns and villages were forced to leave their homes. Last Monday, the level of danger of the eruption of the volcano was raised to the fourth category of five possible. Specialists of the Philippine Institute of Volcanology and Seismology believe that Mayon will continue to throw out lava and ash in the next few days.