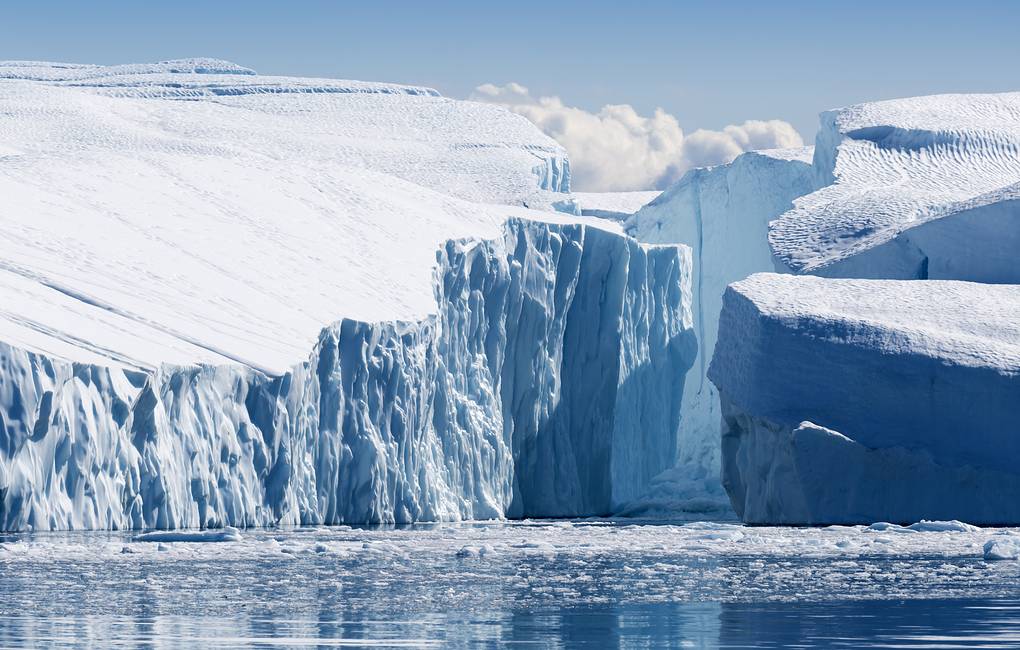 Climatologists have found that due to the melting of the glaciers in Greenland and Antarctica, the level of the World Ocean has increased by almost two centimeters over the past 30 years. This suggests that the situation is developing according to the worst UN forecast, scientists write in the scientific journal Nature Climate Change.

“One could expect that as the ocean and the Earth’s atmosphere warmed, the glaciers would begin to melt more and more rapidly, but the rate of this melting turned out to be faster than we could imagine. The melting of glaciers is already overtaking the predictions of climate models, and there is a danger that we will not let’s be ready for what the sea level rise entails “, – said one of the study authors, climatologist from the University of Leeds (UK) Tom Slater.

Almost all climatologists of the Earth today have no doubt that global warming exists and that it will radically change the face of the planet if the rise in temperatures cannot be contained at 1.5 ° C compared to pre-industrial levels. This is evidenced not only by computer models of the planet’s climate, but also by data from climate satellites, land-based meteorological stations and oceanic buoys.

The first and main victims of this process will be, as practice already shows, the polar regions of the Earth and mountain glaciers. The temperature on their territory has already become 4-9 ° C higher than in previous centuries. Because of this, their area may be significantly reduced, as a result of which large areas of the Antarctic and Arctic will be free of ice.

If the ice in the Arctic and Antarctic completely disappears, then, as the calculations of scientists show, the sea level will rise by about 60 meters. Because of this, a significant part of the coastal lowlands, where many of the largest cities on Earth are located, will be under water. In the 21st century, according to forecasts of UN experts, the sea level may increase by 30-50 cm, but many scientists suggest that this figure may actually be 2-3 times higher.

Slater and his colleagues obtained further confirmation of these predictions by studying data from the climate satellites of the IMBIE project. Within its framework, scientists are trying, using data from orbiting probes, to estimate how much mass the ice masses of Antarctica and Greenland have lost and how much sea level has risen because of this.

Using this information, scientists calculated how the melting of glaciers over the past 30 years has affected the level of the World Ocean. They compared the obtained values ​​with the predictions of climate models by the United Nations Intergovernmental Panel on Climate Change (IPCC).

It turned out that due to the melting of the two largest continental ice massifs of the Earth since 1990, sea level has risen by about 1.9 cm.At the same time, Antarctica accounted for about 7.2 mm of the increase, Greenland – a little more than a centimeter, and the rest – by other glaciers that began to melt at the turn of the century.

The researchers note that most of this increase has occurred in recent years and now the level of the oceans rises by 4 mm each year. Such a rate, according to climatologists, is already much higher than predicted by climate models built with the expectation that global warming will develop according to the worst-case scenario, and humanity will not fight it in any way.

“If the melting of ice accelerates at the same rate, then the level of the World Ocean by the end of the century will only increase by an additional 17 cm by the end of the century, without taking into account the thermal expansion of water and other factors. This will be enough to flood most of the major coastal cities of the world, which are connected with storms, began to occur twice as often “, – summed up Slater’s colleague at the University Anna Hogg.