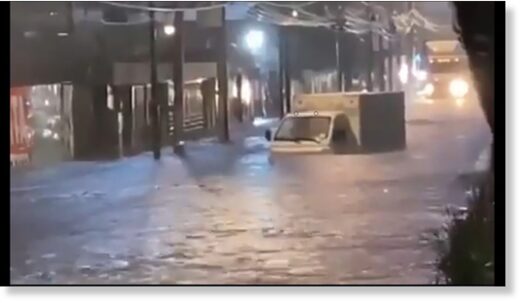 Flooding hit Mexico City after heavy rain with hail, flooding the streets of the city along which cars sailed.

Mexico City is the densely populated capital of Mexico. It gained worldwide fame thanks to the 13th-century Aztec Temple Temple, the Baroque cathedral erected by the Spanish conquistadors, and the National Palace, which contains Diego Rivera frescoes on historical themes. All these buildings are located around the vast Constitution Square, which is also known as Sokalo.