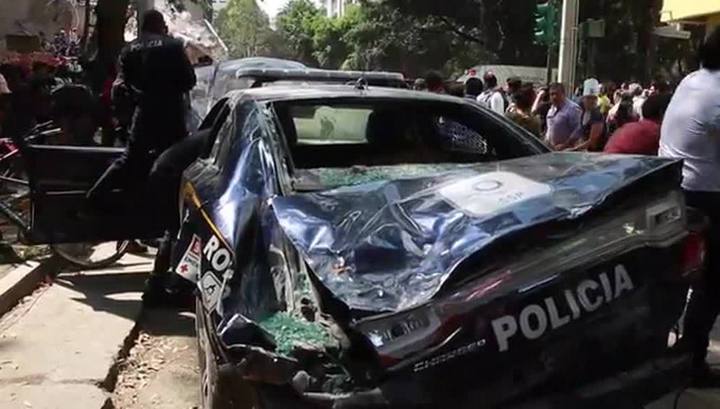 The number of victims of the earthquake in Mexico has increased to 305. Hundreds of residents of the country turn to psychologists for help, so they were frightened by new tremors that were recorded the day before. Rescuers are asked not to be in buildings if possible: they may collapse.

Even the release of Mexican news is interrupted due to an urgent seismic threat. Employees partially leave the airspace.

The situation is tense. Residents and tourists are worried, wondering what will happen next. The situation worsened the day before after two large-scale earthquakes in Mexico. There was a panic in the capital of the country.

The threat of new jolts prevents the search operation after the earthquake. Do any work during a seismic threat is impossible. Even the smallest shocks can lead to new caving, and after all, after the last earthquake, more than half a thousand objects have not been examined yet.

After the new jolts, the scarcely surviving hotels in the center of Mexico City literally pop at the seams. The foundation began to shift. It’s really risky to spend time inside. Changes are noticeable to the naked eye, not only from the outside. The owners put the supports between the floors, partially cut off electricity.

Not only dozens of hotels, infrastructure facilities, historical monuments have been damaged. One of the main symbols of Mexico City – a multi-meter monument on the Revolution Square also cracked. A huge building is now being repaired. And inside the museum is the headquarters of the collection of humanitarian aid. Those who miraculously survived come here – sometimes whole families. “It’s very symbolic that the collection of assistance is here,” residents believe. “This means that together we will stand up in this difficult situation.”

The streets were noticeably deserted. Many spend the night in tents in temporary accommodation camps. It seems that now in the cities of rescuers from around the world and representatives of charitable organizations more than tourists.