Mexico evacuates inhabitants because of a volcano Colima 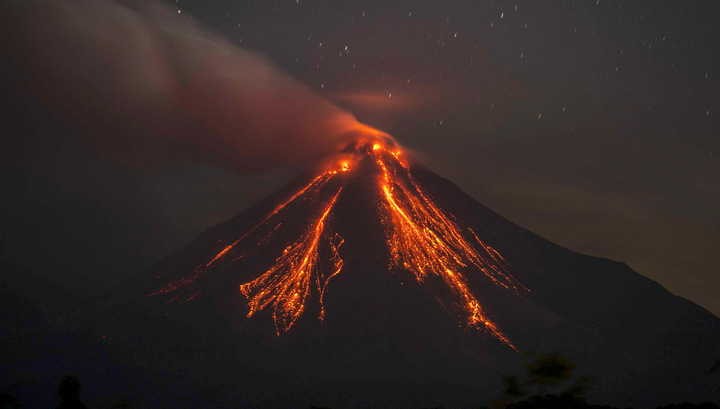 During week-end from slopes of the Mexican volcano Colima evacuated inhabitants. The volcano has begun to be thrown up actively on Friday, and the lava continues to flow on the southern and southeast slopes of the mountain.
From three settlements more than 350 people have been evacuated in total. Most of them have placed in temporary shelters in the town of Komala.

The authorities continue to convince to leave a dangerous zone of those inhabitants who have refused to be evacuated.

[Ricardo de la Cruz, head of department of civil protection]:
“We do everything possible politely to convince people, and it is a sensitive topic. We don’t know how long all this will proceed and when the volcano becomes less active. But we always have to be ready to any situation”.

Colima is on border of two states – Colima and Jalisco. It is one of the most active volcanoes of Mexico. It is also called “The fiery mountain”. Volcano height – 3820 meters. He is approximately in 700 kilometers from Mexico City.

[Guebriel Reyes, head of observatory of University of Colima]:
“We watch activity. She was passive, and now we observe other sort activity which usually happens at substance explosions. It has begun recently after in a dome material has begun to explode. The last days were very dramatic”.

In Mexico — more than 3000 volcanoes. However of them only 14 are considered active.