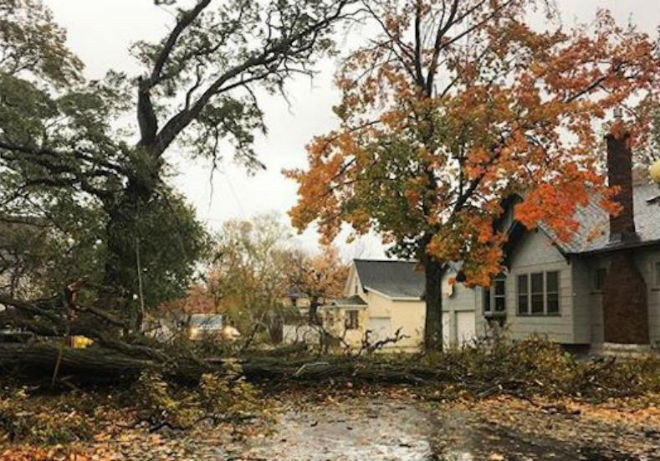 A powerful storm swept across the northern part of the US state of Michigan. As a result of the wildfire, trees and power lines were felled.

A strong wind, the speed of which reached 96 km / h, left a devastation in the districts of Alger, Marquette and Schoolcraft.

On the Upper Lake there were gusts of wind up to 124 km / h. Meteorologists warned local residents about the high waves on the lake – up to seven meters, which led to the flooding of the coastal line and the erosion of beaches.

According to the US National Meteorological Service, lake levels in this region were 25.5 cm above the October average even before the arrival of the storm.

Such storms can happen at any time of the year, but most often – from October to March. The song “The Edmund Fitzgerald’s Crash” by Canadian author Gordon Lightfoot mentions one of them – a storm of 1975, when the bulk carrier “Edmund Fitzgerald” sank on the Upper Lake and 29 crew members died.