Million seabirds affected by climate change in the Pacific 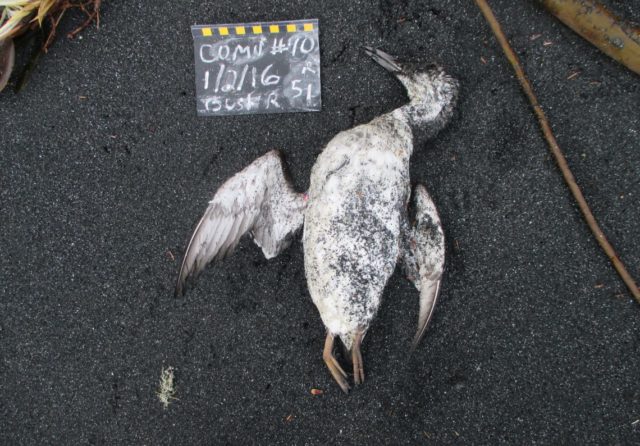 In 2013, scientists discovered a large area in the Pacific Ocean where the water was warmer than it should be according to the location and time of the year. They christened it The Blob (“Drop”) and subsequently determined that the phenomenon arose due to climate change.

Now a new study has found that a warm patch led to the death of a large Murre seabird population.

Researchers from the University of Washington, the U.S. Geological Survey, and other agencies have found that approximately 62,000 carcasses were washed ashore from Central California to Alaska between the summer of 2015 and the spring of 2016.

In some places, the number of carcasses was 1,000 times the norm. In total, according to researchers, a million individuals died during the period of time they studied, which made this event the largest mass death of seabirds in the history of mankind.

Experts found that it was the “Drop” that had such a significant effect on the ecosystem of the ocean that seabirds were left without a food source.

According to research team member John Payette, food requirements for large bottom fish such as cod, pollock, halibut and hake sharply increase due to warming, and since they have a lot of the same diet as birds, this competition led to mass death feathered.