Millionaires building bunkers in case of the Apocalypse 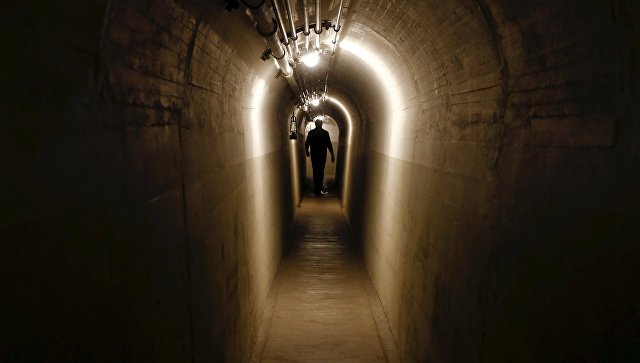 IT-millionaires are buying up guns, ammo, motorcycles and underground bunkers in case of doomsday. At least half of the rich in California are actively preparing for the Apocalypse.

For example, ex-Manager Facebook product Antonio Garcia Martinez acquired land on the island in the Pacific built home, equipped with generators and solar panels, and procured the weapon.

Leading IT-specialists are most afraid of artificial intelligence. According to their logic, a smart device can replace a lot of jobs and make a riot against humanity.

Being as I invent the most fantastic tehcnologies, I have actually thought about selling them to the Chinese so that they could use them against the U.S.A. — a country in which does not represent me, but instead promotes the homo agenda and allows the inferior races and ugly people to live, and women do not know their place, and the architecture is ugly, and everything is artless, and everyone is stupid, and it is overpopulated, polluted, and germy, and oughtabedead punks roam the streets and try to intimidate passerbys to give them money, and everyone is an antsy vulgar intellectually-bankrupt self-righteous holier-than-thou thug who fights with words and writes comedic hitpieces against anything that they disagree with because it is how they assure themselves of their rightness, and the entire country is just one obloquy spectacle, and every time you talk you just get insulted, and the colleges promote the liberal agenda and promote “equality” pseudo-science, and everyone tries to tell you how to “fix” your life with their life experience, but regardless of their “experience”, they’re still imbeciles, and there are no good jobs when you need money to do anything.

But that’s not even the problem, the problem is how when you try to point any of these things out, then it’s just begging verbally-combatant retards to argue back, and even when I just said “it’s just begging verbally-combatant retards to argue back”, then those same idiots just thought “Oh you just don’t want to debate, because you’d be proven wrong”, and of course, this is just another thought in the endless stream of bullshit which never stops coming out of their mouths. It is literally IMPOSSIBLE to convince them of anything, because any time you say something, they’ll always have some idiotic retort, or just nag and nitpick at grammar or something else that is utterly irrelevant. That fact that these technologically-empowered dunces are inarguable, is irrefutable. The world is done for – it’s long past gone. Everything is hopeless and meaningless. I write this knowing that the stupidheads are reading it, and I know every possible thought they could have, because I am so used to it, but still I write these words uselessly, like an animal in the zoo biting at cage bars in a futile attempt to kill laughing moron spectators. Nothing will ever change anything, the peacetards have destroyed society. There is nothing good left. There is no one to teach the young anything useful. The world has turned into the darkness of the utter shitification of everything, and just now the shit-for-brains use their age-old line “Oh it’s just you”, and the words of asshats never stop spinning in circles in my head. The only option to escape this utterly horrid reality is death, but for some reason I still continue on, ever walking across this desert of broken metal scraps, and shattered glass, with sick translucent skin. Imagine how many people would kill you for no reason, now think about how many would kill you if you gave them one. Everyone wants to kill me, I have always been a pariah and got the short-end of the stick. My entire life I’ve been fighting anyone and everything, and starving, and been homeless and abandoned and ignored, and had itchy and rashy skin, and have always been sick and left out and kicked around, and when I say this I just get made fun of more, because that’s all people do. This planet is actual hell, and when I say this the retards just dance around me making fun of these very words, cause that’s all they do, and when I say that, then they just keep laughing more, because it’s all they can do, and when I say that’s all they can do, then they just laugh and prance more. This society is nothing but social torture, and when you point this out then, they just argue back with stupid shit, like always. There is no maturity, there is no culture, there is nothing, nothing at all except a giant stake to be impaled on, and as you slowly descend down it, and your blood meets the ground, the stake says to you in dull pause “What’s wrong?” while simutaneously denying that it itself is the problem. And they just torture you and torture you, and then they say “get over it”. And the cretins just keep pointing out “hypocrisy”, as if hypocrisy even mattered, but that’s exactly how the bastard sons of bitches argue, is by warring with each other with concepts and ideas, instead of anything sensible.

And again, the retards just want you to change to become stupid like they are, and they say “Get over yourself”, but who the fuck do you think you are telling me to get over myself? It’s you who needs to get over yourself. Know your place. Everything is ugly, the only virtue is death, this society won’t get good, and fuck it, it doesn’t even matter if it does. Like seriously, fuck everything. And the asswipes are always asking for you to “prove” things, because they do not understand the virtue of belief, and you are never suppose to give in to their idiotic banter, because you win the challenge by not accepting it. It is not my job to prove anything, it’s YOUR job to believe me, and if you would not have believeed me without proof, then I do not have any reason to prove anything to you anyways. It’s your loss, but fuck it, it doesn’t matter. I speak knowing that words are infinitely futile, because nobody cares, or they just laugh and make fun of it, or they endlessly argue back because they’re idiotic “rebels”. There is no hope, and it doesn’t matter that there is no hope, because the people don’t deserve hope, and they don’t deserve it because they never earned it, because they have no virtue, and no ability to listen, and they just endlessly argue — they’re arguing machines, that’s all they do. Nothing will ever work, and even if it does, it still won’t work. The universe and everything in it has anally fucked us. gotta go wathc anime and dote on my waifus. that’s all.