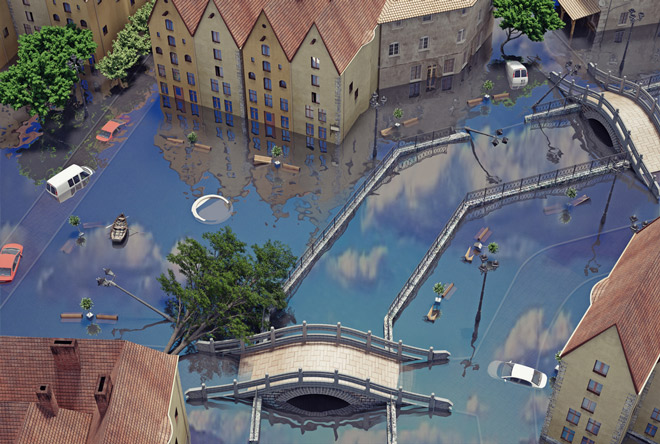 Approximately five million Europeans may be deprived of housing due to a severe flood, which, according to a new study, could cover the region at the end of this century. If earlier such destructive floods occurred no more than once in a hundred years, then with the rise in sea level provoked by global warming, natural disasters will occur in Europe every year, assure the authors of the study published in the journal Earth’s Future.

According to the calculations of scientists from the United European Research Center, in the near future the level of the North Sea will rise by about a meter compared to the current one. A significant increase in the level of the Baltic Sea is also expected.

The Atlantic coast of Ireland and Britain will also be in the flooding zone, while in the south of Europe only small changes will be observed in terms of extreme climatic conditions.

At the same time, the Portuguese coast and the Gulf of Cadiz will be thrown out of the general trend – local sea level drops are possible here. At the same time, researchers emphasize that the coming extreme rise in sea level and the risk of destructive floods in the region will depend heavily on global warming.

Another study, published in the journal Geophysical Research Letters, also showed that as the world’s ocean warms, tidal waves will become more powerful. Computer modeling showed that by the year 2100 in the southern hemisphere, waves can become 30% more powerful than now.

According to Dr. Lorenzo Mentaschi from the United European Research Center, this will have huge consequences for the coast, in particular, significantly accelerate the rate of erosion.